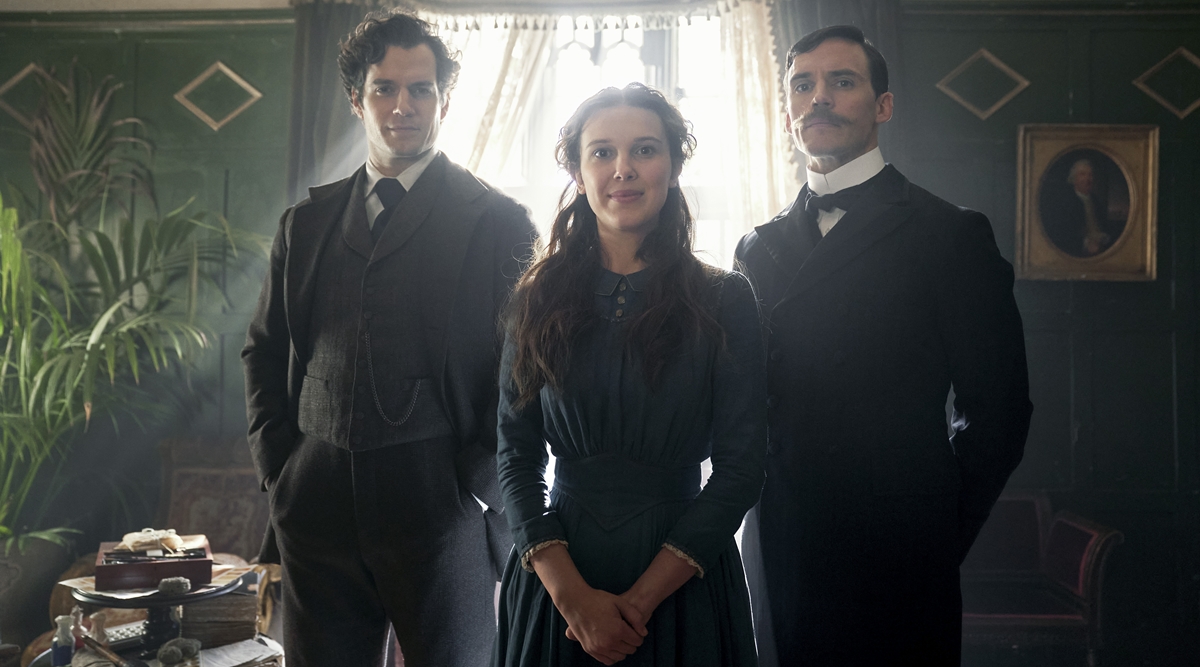 Every now and then a movie comes around that surprises you. That came in the form of Enola Holmes, Netflix's newest venture that tells a tale about Sherlock Holmes' younger sister. In short: Millie Bobby Brown delivers a wonderful performance that anchors a strong and poignant story.
There have been many, many takes on Sir Arthur Conan Doyle's detective. But to focus on another Holmes sibling and make Sherlock and Mycroft supporting characters is a breath of fresh air. Through the eyes of their 16 year old sister, the movie has a hopeful and positive vibe to it.

Stranger Things put Millie Bobby Brown on the map. She is an incredible actor, one of the best of this generation. Her role as Eleven wasn't a fluke, and she proves it as Enola. The structure of the film allows her to talk to the audience, and give little nods and 4th wall breaks that work better than they should due to the charm and talent of Brown.

Based off of the Nancy Springer book Enola Holmes: The Case of the Missing Marquess, the movie gives the audience a compelling and entertaining narrative right off the bat. It gives you a sense of the characters, lays out the mystery, and progresses the story at the same time.

The way the story starts with one mystery, turns into another, and then gives satisfying conclusions to both was done masterfully. While Brown absolutely anchors the film, the supporting cast is just as entertaining.

Henry Cavill plays a famous character that starts with "S" (this time with no mustache) and does a great job in the little he has to do. He is already an established Sherlock, having a reputation as a great detective. Sam Claflin makes a great Mycroft, because you instantly begin to dislike him as you root for Enola throughout the film.

Helena Bonham Carter is spectacular as always. Even with a small role, she makes it memorable with effortless ease. She is truly a spectacular talent on the screen.

Fiona Shaw and Frances de la Tour round out the Harry Potter trifecta and add depth and experience to an already stacked cast. With a cast like that, sometimes a story can lack a little because talent makes up for it. But the story was engrossing and strong on its own merits.

There are some cool fight scenes, and some tense moments but for the most part, it is a delightful journey that not only gives the audience a fun mystery, but also a coming-of-age and "finding yourself" story with Enola. It feels like everything together was lightning in a bottle.

When the story ended, I found myself wanting to spend more time with these versions of the characters. If this is the start of a franchise, it has a good strong base.

If you're a fan of Sherlock Holmes, you will dig the alternate take on it. Even if you aren't a big Sherlock Holmes fan, you don't need to know much about the lore to enjoy this. It is a self contained story that will please many groups of people.

With movie options limited, the reasons to not watch this are practically non-existent. An all-star cast, a smart story, a wonderful message, Enola Holmes has it all.

Enola Holmes is now available to stream, exclusively on Netflix.