Fancasting THE HITCHHIKER'S GUIDE TO THE GALAXY TV Show 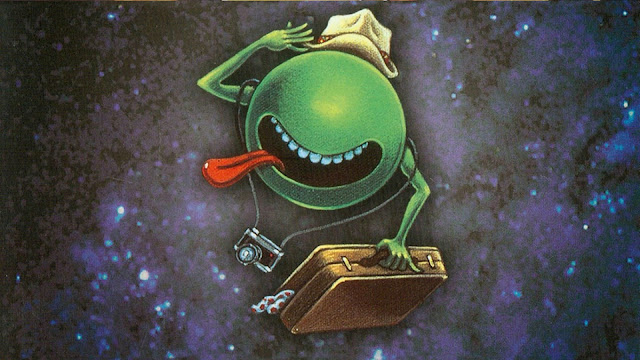 The Hitchhiker's Guide To The Galaxy is getting a TV series adaptation on Hulu. Hitchhiker's has been adapted to screen before with different results. The last one was a movie in 2005 starring Martin Freeman. The book is one of my favorite books ever, and the story means a lot to me. So I am going to do a fancast of the TV series. Actors who I think would be great as the characters. This is a pipe dream, so I am obviously not expecting this to happen. The only criteria I have is that the people I choose are alive and currently working in the industry. I am only going to do some of the more prominent roles, because casting every character in the series will be tedious.

Arthur Dent needs a sweet innocence and naivete to him. Dent is the audience's in to this universe, so it needs to be believable that he would ask all of these questions that the character asks. A quiet under the radar presence is needed. That is why Sheen is perfect. He has a quiet demeanor, but can be anything else you need him to be. At 50 years old, he is a bit older than Dent was in the books, but he can still make the role work. Sheen can do more than most with a facial expression. He will win you over and make you care about Arthur instantly. He can do drama and comedy, which is a plus for a Hitchhikers adaptation.


Park has that same quiet sweetness to him. He can also play comedy well and not be over the top. Arthur needs to be someone instantly endearing, and Park does that effortlessly. As someone who has a lot of different types of comedy under his belt, he could handle the load that Hitchhiker's throws at him with no issues. If Arthur is the "in", Ford is our guide. He is an alien who says weird things and acts even stranger. Ford has a commanding presence, but doesn't flaunt it. The key to Ford is a delivery that makes anything funny. Author Douglas Adams does this effortlessly with his words. For an adaptation, the vessel in which we receive the paraphrased words needs to be perfect. That is what Roday excels at. He can improv, and still get the point across. He is also a prolific writer and director, so he knows how to get something done in all 3 facets. Roday was the first name that popped in my head when I was brainstorming this, and he is the only one I didn't waiver on. I doubt Roday will get this gig, because Hollywood hasn't jumped on the Roday train yet. But if he does, the world will be a much brighter, funnier, and more entertaining place. Dinklage is one of the best actors of our generation, and his schedule is clear now that Game Of Thrones is behind us. His range as an actor, including his wonderful comedic timing could suit Ford well. It would be a much different role for him to sink his teeth into than Tyrion was. Somebody get Dinklage a towel so this can happen. 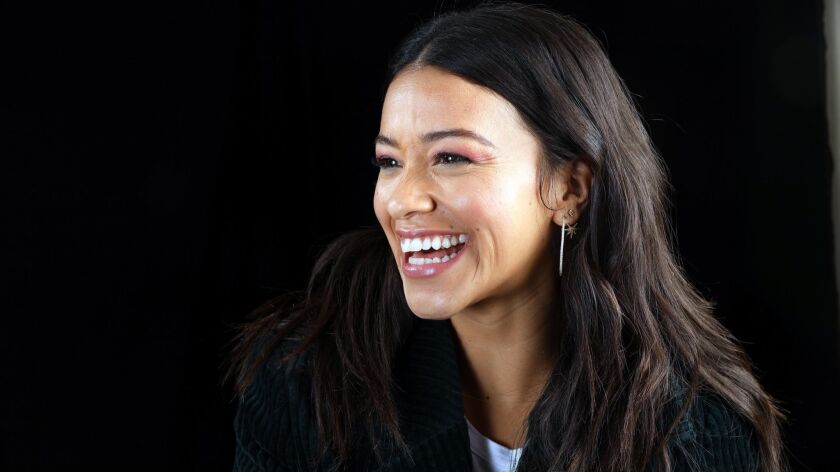 Trillian is an intelligent, no nonsense person in a sea of unintelligent nonsense. The key to the character is that she doesn't feel out of place, and can adapt to almost anything. Gina Rodriguez can pull this off masterfully. The Jane The Virgin star has a no-nonsense quality, yet is still heartfelt and sincere. Her character development is less fleshed out in the books than the other characters, so there is room for Rodriguez to make the role her own as well.

Rosario Dawson certainly has the screen presence to pull off what is required for the role. She does no nonsense very well, and has the depth to make Trillian a complete character. She has done her fair share of comedies (like Clerks 2 and Men In Black 2) so she is able to pull that aspect off too, which seems like its a requirement for a Douglas Adams story. This Hitchhiker's production would be lucky to have her.

Someone who can play absolute insanity is needed for this role. There is no one better suited than Matt Smith. He had the monumental job of replacing David Tennant on Doctor Who and made the Doctor his own. The youngest actor to ever play him truly made the Doctor feel like an old man in a young man's body. The Doctor seemed more alien than ever before, thanks to Smith's smart performance. The book says Zaphod is  "clever, imaginative, irresponsible, untrustworthy, extrovert, nothing you couldn't have guessed." Smith can portray all of those things with incredible precision and grace. I want to live in a world where I can see Smith's two heads argue with each other. 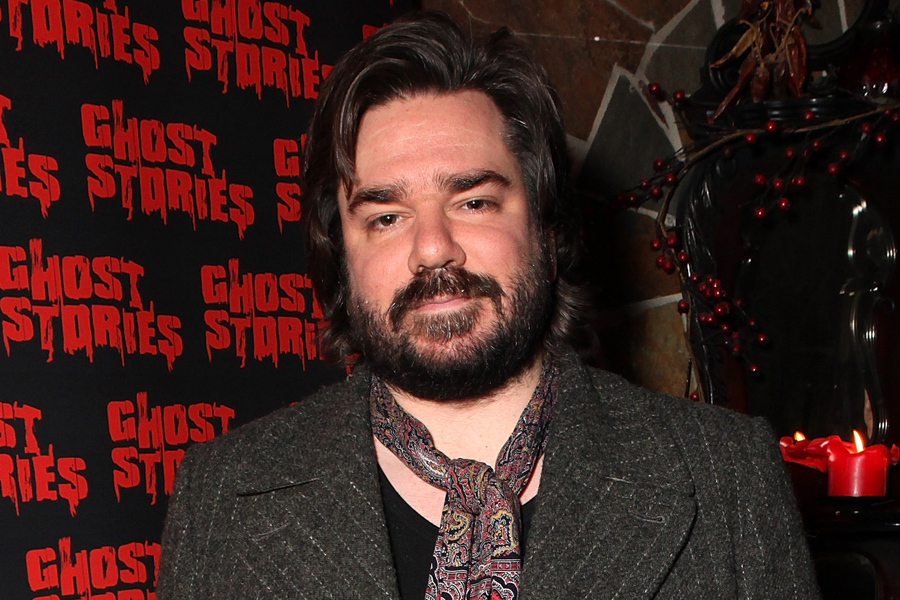 I've seen Matt Berry listed many times when talking about Zaphod. After watching The IT Crowd, I get it. Berry is good at exuding all of the qualities needed for Zaphod. If he were to nab the role, it would be in good hands. The comedic timing on Berry is second to none, and Berry's sensibilities suit the character well.

Marvin is something of a scene stealer in the book, and to do the same thing in a television adaptation, means it would all come down to the right voice. John Oliver is the right voice. He can come off as anxious, paranoid, funny, depressed, heartfelt, mean and sincere. He has just the right pitch to convey the personality of Marvin. Oliver would do excellent, and since it is just a voiceover, his daily HBO show would not be interrupted.

Arthur Darvill has a soft, yet commanding voice that would be perfectly suited for Marvin. He can do all the emotions required. His voice is quite recognizable, and the show would be lucky to have him. Plus, having Smith and Darvill work together again would be a treat. Darvill is funny when he needs to be, sympathetic when he needs to be, and sad when he needs to be. All of these things will make Marvin come to life on screen.

Jack McBrayer as Eddie The Computer 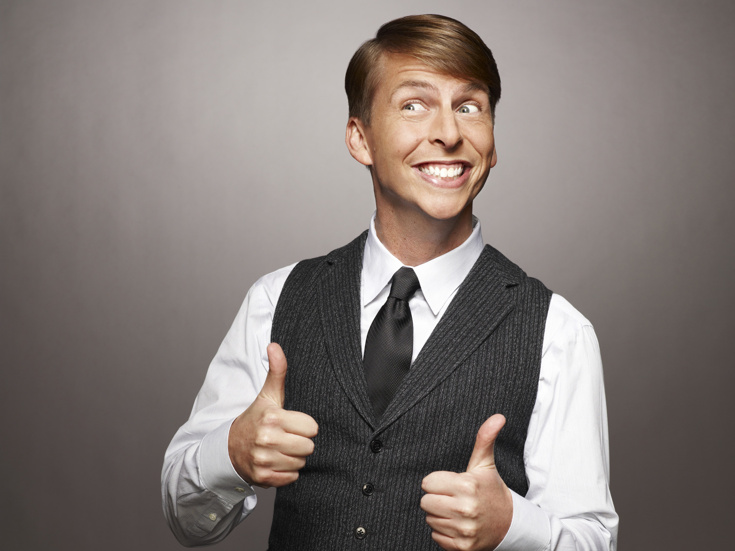 Jack McBrayer has one of the most distinct voices in the industry. He can make anything sound positive and upbeat, and that is exactly what Eddie the Computer does on the Heart Of Gold. Even when it is inappropriate, like when the crew is in danger, he is overly cheery. It is like this role was tailor-made for McBrayer. I can think of no one better.

I can think of someone close, though. Melissa McCarthy has the energy needed to pull off the role of Eddie. McCarthy's comedy timing can make lines funnier than originally written as well. She would give Eddie the personality that stays true to the books, while putting her own twist on it at the same time. She is one of the most high energy talents working today, and a lot of that is the way she talks, which is perfect for Eddie.

Whoever they cast, I just hope it is done with love and care for the source material. The Hitchhiker's Guide To The Galaxy is storied property. It needs to be treated with the utmost care. It needs to be like the Good Omens adaptation.
Carlton Cuse Fancast Gina Rodriguez Jack McBrayer James Roday John Oliver Matt Smith Michael Sheen Regards The Hitchhiker's Guide To The Galaxy TV