A Futile and Stupid Gesture - Review 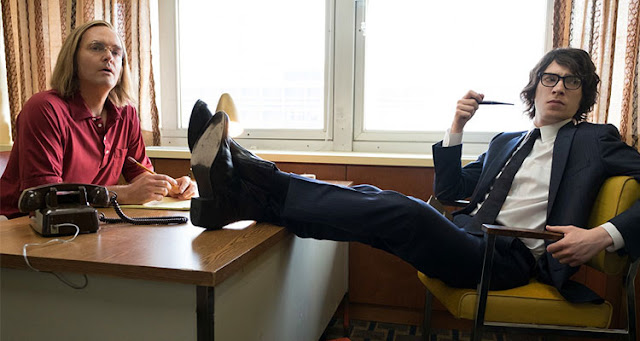 National Lampoon's mark on comedy has been legendary, and is still felt today. Some of the biggest comedians ever have been involved with various National Lampoon projects. The story of its creation and the people behind it are the subject of Netflix's newest movie, A Futile and Stupid Gesture. Continue reading to see my review.

I have watched a lot of biopics in my time. This is by far the weirdest one. It is not a straightforward biography. It is self-aware, and uses narrative devices that are unapologetically strange. Or as the kids say, it is "meta". If you know nothing of Doug Kenney, then it won't seem too strange, until the end. If you do know the fate of Doug Kenney, then you might be a bit confused, but in a weird way, it still works. I for one didn't know, but am always in the bag to try a weird story, and it most cases, it works out for the best.


The strongest aspect of the film is its cast. The cameos are non-stop, and there are famous actors playing other famous actors. Joel McHale as Chevy Chase, for example. In fact the film covers the making of Animal House and Caddyshack so you get to see a few famous movie moments recreated with these new actors.

The film focuses mostly on Doug Kenney, played by Will Forte, but by far the best performance is that of his National Lampoon co-creator, Henry Beard, played brilliantly by Domhnall Gleeson. I am pretty good at identifying actors, even under heavy makeup and stuff. But it took me a fast minute to recognize Gleeson, with his flawless American accent and dark wig. I was very impressed with how much Gleeson was able to do, especially in the silly landscape that surrounded him. I hope more important people than me and my silly blog will give his performance the recognition it deserves.

The subject matter here is very appealing to me. But it is certainly a narrow topic. I don't see it having mass appeal. If it was presented in a more straightforward manner, it might be different. But I really like the choice of making it seem like National Lampoon made a National Lampoon story, because A Futile and Stupid Gesture is what that would be.

Director David Wain, of Wet Hot American Summer fame, was the perfect choice for this. It has the same tone and spirit as the Wet Hot series, and there are a lot of overlapping actors in both projects as well. This was a complicated layout of the story, and Wain handled it very well.

There are are a ton of criticisms you could make, but it would be all for naught. They make them for you. It is the best served purpose of Martin Mull, who plays Modern Doug. He comes in to point out all of the flaws and inconsistencies that film presents. Everything is very much put out on front street, and it is more endearing because of it. The film is juvenile in places, but that is to capture the spirit of National Lampoon. However, sometimes, some of that stuff just doesn't land.

A Futile and Stupid Gesture won't be for everybody. But it's weird and unabashed charm will win some over. I do think that the story of National Lampoon deserves a serious and straightforward rendition. But that doesn't mean that this doesn't work too.

If you enjoy classic 70's comedies, or appreciate any of the comedy stylings of nearly all of the original cast of Saturday Night Live, you would be good to know this story. Since it is streaming, it won't cost you anything more but a little bit of time, so give it a shot!