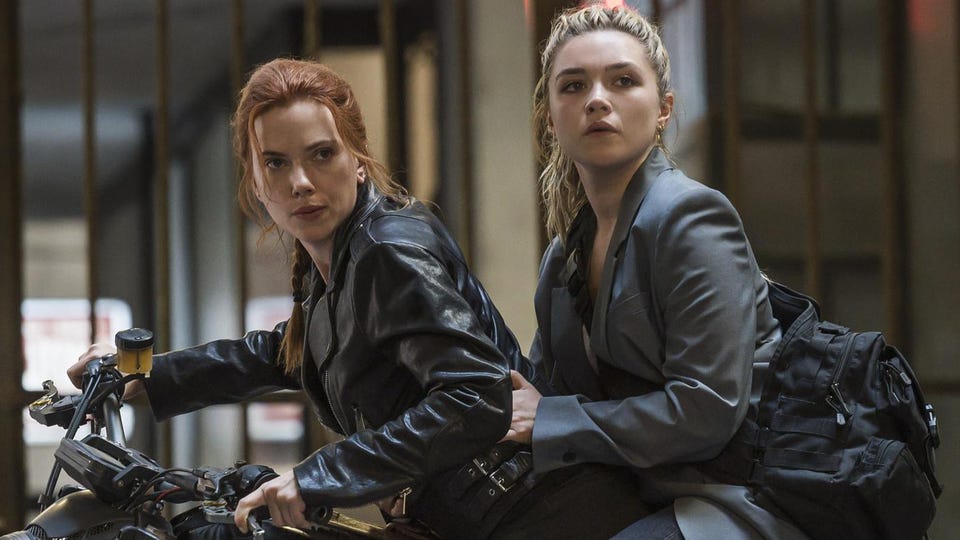 Marvel's first female Avenger finally got her due in a solo project. After meeting her demise in Avengers: Endgame, it seemed like Natasha Romanoff's journey was at an end. But Kevin Feige and Marvel Studios make prequels also, so we were able to jump into a very personal journey for Scarlet Johansson's Black Widow.

This film takes place between Captain America: Civil War and Avengers: Infinity War. Once that is established through the appearance of General Ross, it pretty much stands on its own after that. The standalone story works though, so they didn't have to be overly reliant on other MCU staples. Scarlet can hold her own movie, and the colorful cast of new characters that support her were welcome additions to the franchise.

Natasha's sister Yelena is being set up to become the next Black Widow in the MCU it seems. She has a similar - albeit slightly more tragic background, but her journey here was something of a redemption. Florence Pugh is charismatic as anyone, and she instantly endears you to Yelena. If she is the future of the character, and a big part of Phase 4 and beyond, we are in for a treat.

I have had a crush on Rachel Weisz since she started as Evy in 1999's The Mummy. To have her enter one of my favorite franchises is such a treat. I hope that she has a future in the MCU as well. Every supporting character can, if the story is right, and with the MCU you never know who will pop up where. Her character had an interesting dynamic with Natasha, and it was very entertaining to see it unfold onscreen.

But maybe the scene-stealer of the supporting characters is David Harbour's Red Guardian. He is demented, delusional, and a bit deranged, but that makes for an entertaining character. He has some very humorous lines and actions, and Harbour delivers all of that with precision. He definitely needs to return to the MCU as well. As for the story, the first 2 acts are very Bourne-esque. The espionage spy on the run thing was something we haven't really seen much of in the MCU. But it fit perfectly into Natasha's character arc in that time in her life. The third act skews into textbook, paint by numbers, Marvel territory. There's debris falling from the sky, super powered people fighting each other, with lots of carnage and damage.

The twists were effective, though I should have seen one coming earlier than I did, as it is sort of a signature twist of the character. The villain twist was also reminiscent of the one in Iron Man 3, in terms of them redefining a known villain from the comics. This version was much more personal to Natasha, and definitely worked within the confines of the MCU. But perhaps like The Mandarin, another version of Taskmaster can show up again too.

The film has much more humor than I ever expected. While the Guardians of the Galaxy movies and Thor: Ragnarok are the funniest entries into the MCU, Black Widow has a ton of laugh out loud moments. It was surprising, as I was expecting a more serious thriller type of movie, a kin to Captain America: The Winter Soldier.

While this movie is probably 8-10 years too late, it is good that it exists. The film did right by Natasha, and we have more closure with her character now than when she met her ultimate fate in Endgame. While this was supposed to open Phase 4, before the TV shows, it fits in the place that it currently is.

The post credit scene sets up some events that we will see in a future Disney Plus show, and almost guarantees the appearance of one of these characters. Black Widow is a solid entry into this universe, and a well needed chapter in the female superhero genre.

Black Widow is out in theaters now, and available through Disney Plus premiere access.