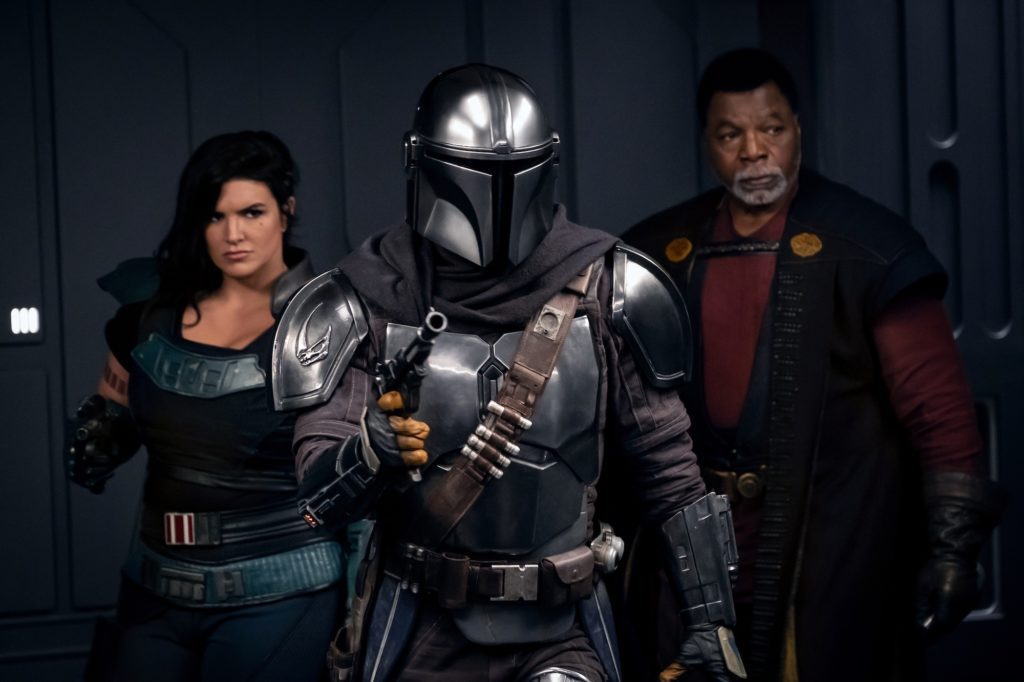 Even though the show tickled its fans with the notion of meeting Ahsoka Tano last week, the Razor Crest just couldn't make it to her. This episode, directed by Carl Weathers, was a detour that the show is known best for, but at least it connected to the larger story of Moff Gideon and his hunt for the Child.

Some familiar faces showed back up, and it was nice to get an update from them. The show has always rewarded Star Wars fans, but it is now rewarding its own fans from callback to the early episodes.

The cold opening was adorable, and had total Guardians of the Galaxy Vol 2 vibes with Baby Groot and the death button. The Child is learning a lot from Din, and now he can add ship maintenance to his repertoire. The Child wasn't in the episode very much, but it is always nerve-wracking when he is separated from Din. The separation, however provided an adorable scene of The Child using the force for the first time this season. He doesn't use it very often, but he used it here for a reason that we all would use it for - to get cookies from an unreachable point.

Cara Dune is now "The Marshal" of Nevarro. This is the second "protector" of a town we have seen this season. Both with ties to Din. If the end of this season copies the last, he will gather all of his friends at the end for a big stand, the Marshals can meet and exchange notes.

The Imperial stronghold, and subsequent battle and chase was some of the shows best. In a show full of wonderful fights and flights, that is saying something. Weathers did an amazing job directing the action and the episode flowed well. Even if Greef Karga becomes irrelevant to the story eventually, hopefully Weathers can outlive his character behind the camera.

Even though this episode was yet another detour, it felt important to the grand scheme of things. The danger The Child was in was reaffirmed. The audience was reminded of Moff Gideon's strength too. The story was refocused and re-calibrated in episode 3, and 4 got to have its cake and eat it too. It was a detour, yet it showed the overall larger threat of the Empire that is looming.

Next week is going to be special for many different reasons. We've been eating good in the first half of the season, but I have a feeling that we will absolutely feast in the back half. These are going to be a long 7 days to wait until then.