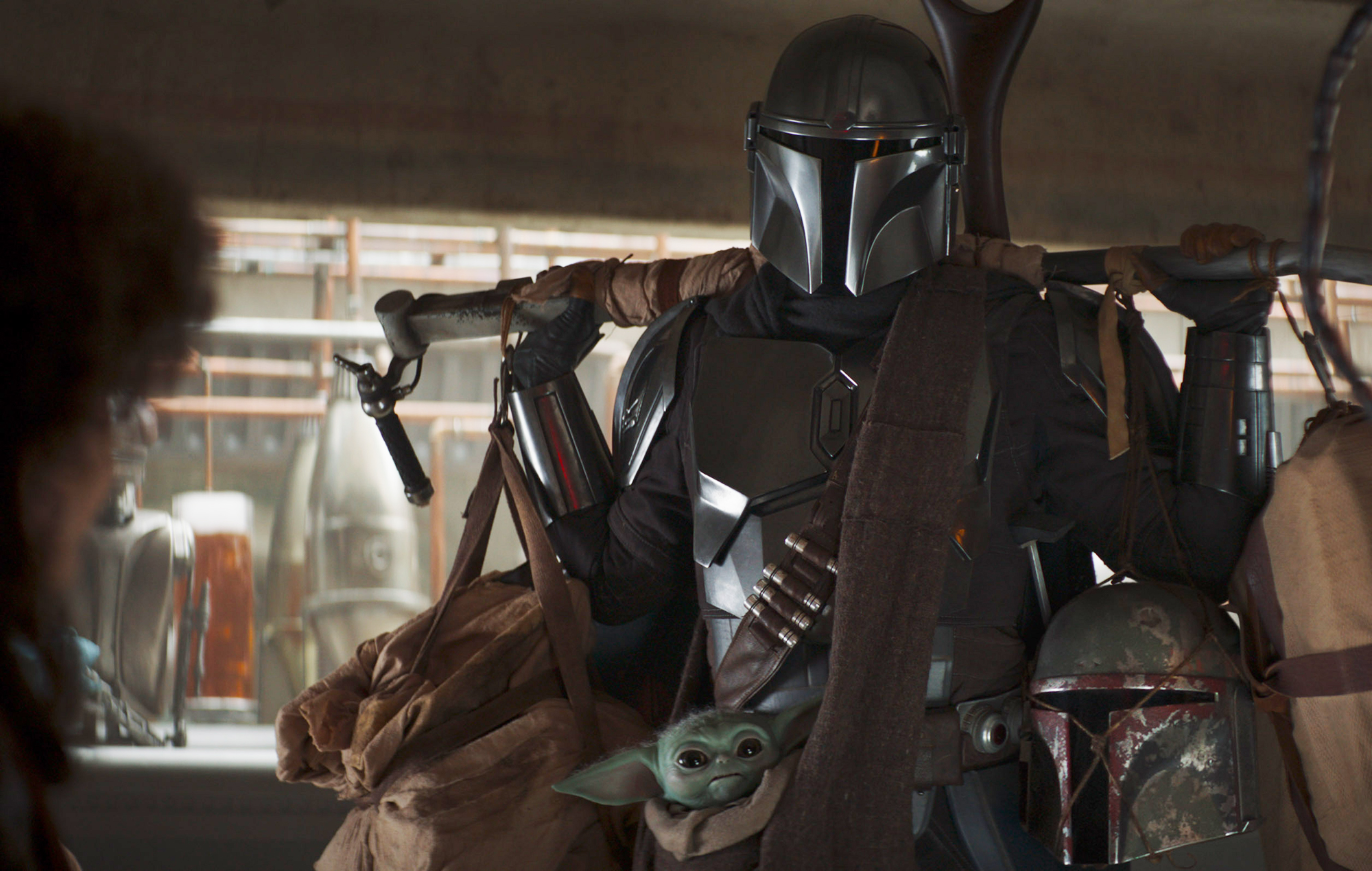 This week saw Ant-Man and The Wasp's Peyton Reed take the helm for one of the most tense (and hilarious) episodes of The Mandalorian to date. The show is still treading water, but it is doing so in the most entertaining way possible.

Din Djarin has been taught a lot of things in his life. He knows how to fight better than most anybody. He knows several languages. He knows how to fly and can survive in many different situations. But what he was never taught was child care. If Din would just feed the child more, things would have been a lot easier this time out.

Reed did a great job directing, giving us fun visuals (snow and ice are always great in Star Wars) and homages to Alien with the creepy Face-Hugger-looking spiders. They were effective in offering a new danger, and one that was quite different than the one he faced last week.

Favreau and Reed both did such a good job with the X-Wing chase, that there was legitimate fear that Din would lose his ship. It looked irreparable. That is  going to set him back on his quest more, but I wasn't expecting them to move the story forward in episode 3/Chapter 11, given how things have been going.

As a self contained "mission", it was intense. One of the most intense ones yet. But it still had some connective tissue to a mission that happened last season. It's always fun to see Dave Filoni suit up as an X-Wing pilot (or to see Dave Filoni at all, to be honest.) The Rebel pilots added an intriguing layer to the story, and also serves the purpose of expanding Din Djarin's legend. The remnants of the Empire are familiar with him, because he stole the Child from them and pissed off Moff Gideon. But now he's on the radar of the Rebels too, and that cannot be an accident.

The Child still didn't do much in terms of a substantial character arc, but he did more than last episode, where he just reacted to things and processed information (in the most adorable way possible). He kept trying to eat those eggs, which caused even more issues for Din. He was also in an incredible amount of danger several different times. It reinforced the fact that there are still bounties out on him and that they are both still in danger and need to stay on the run.

Overall, while it was an entertaining episode, it doesn't feel like it will be an important one in the grand scheme of things. Still, ice spiders and Rebel entanglements just makes for good Star Wars.