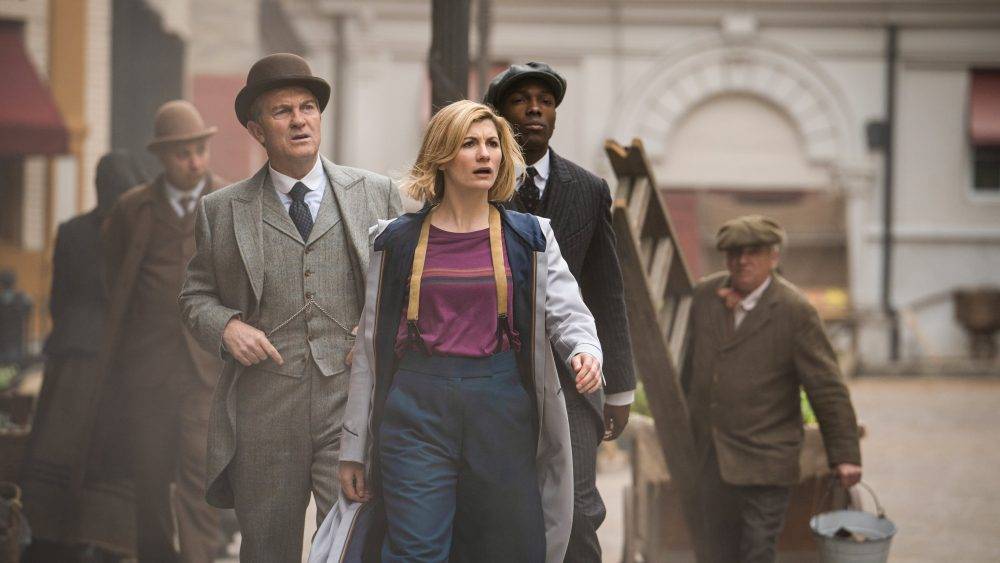 It is always fun when the Doctor meets a real life person from history. Whether it is Charles Dickens, the Queen of England, or Rosa Parks, there is always something inherently interesting about it. This time, the Doctor got to meet two revolutionary inventors: Nikola Tesla and Thomas Edison.

The episode was better than last week's, but was still a step down from the two part premiere. Historic episodes seem to be easier for this crew than futuristic space ones. While the alien threat here wasn't very compelling, the struggle between Edison and Tesla because of the alien tech was where the real tension of everything was.

It was fun to see Anjli Mohindra back in the Whoniverse. She played Rani Chandra in The Sarah Jane Adventures, but was the queen of the Skithra here, which was a vast departure from a kid from Bannerman Road. It was a shame she didn't have more to do. But Anjli did great with what she was able to mine from the role.

Jodie really had a lot to chew on here though. Slowly but surely, she is making the role her own. There were a lot of moments that seemed like she was lifting things from Tennant and Smith. But she was really able to take the material and do something special with it. She had some great lines, and reactions to things. It was a highlight of the episode for sure. 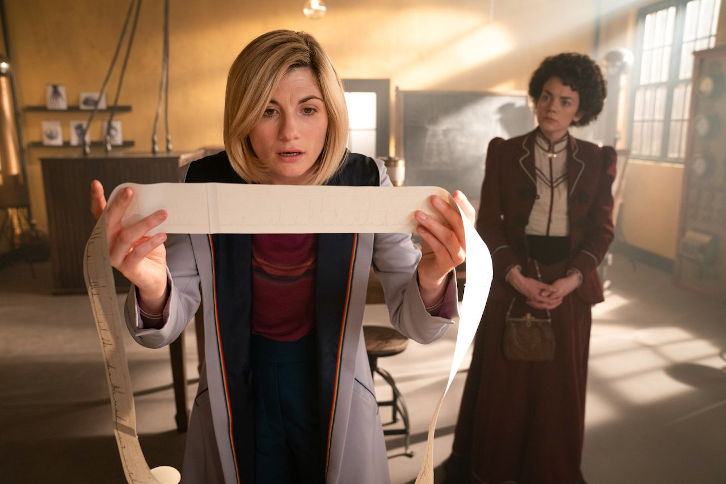 While the episode was a bit sloppy in places, like Ryan being lectured on guns only for the Doctor to try to shoot the spaceship out of the sky minutes later, it was still a lot of fun. This season is definitely fixing the "Yaz has nothing to do" issue, as she is front and center in almost every episode now. The problem is, that comes at the expense of Ryan and Graham, who didn't have much to do this episode. It is the best when everybody has something to do.

Rigging 1900s technology using the TARDIS to make it more advanced than ever is always a fun gag. So is new people reacting to the TARDIS for the first time. Both of those were the highlights of this episode. It was also fun to see that Tesla had his own thing going on. We spent a lot of time with him upfront before the Doctor barged in and joined him. It was almost like it felt from an episode of "The Nikola Tesla Chronicles" at first, then the Doctor barged in and it became Doctor Who.

The episode was relatively simple and straightforward. But that can be a good thing. In doing that, it allows for more character moments, and little gags to shine through.

Overall, the episode was a good one. It isn't a standout, but still will be a fun one to revisit every now and then. The Doctor is sure gaining an acquaintance with many historical figures this season. She didn't wipe the memories of Tesla and Edison like she did with her previous historic encounters this season. So that might offer a clue as to whether they will be seen again or not...