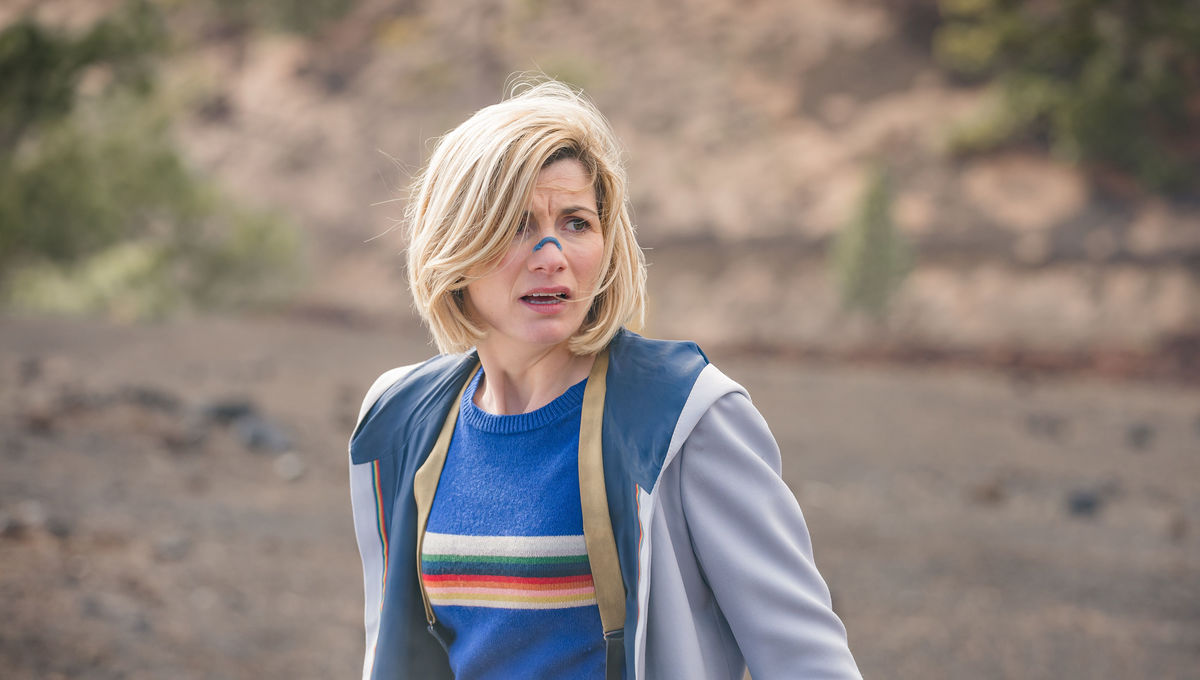 After the strong two part story to start things off, Doctor Who got into the meat and potatoes of the season with "Orphan 55", written by Ed Hime, whose first episode was pretty good. It felt more like an episode that would fit into last season, instead of what Spyfall was. The good, the bad, and the ugly, all felt like a change in pace from the premiere.

The episode started off strong. While there was no cold opening (which should be brought back for every episode), it started with the end of an off screen adventure, which is always fun. But then it went right into the main story, with the team at an all-inclusive resort.

The first 20 minutes or so are spectacular. It was a real scary "hide behind your couch" type thing. The monsters were scary looking, the stakes were real, it all felt really strong. The seams started coming off in the second half, and the episode did not at all stick the landing.

The twist is strong, it was just the execution of said twist, and the resolution of the problem that is the issue.The episode would have benefited from being an hour instead of 45 minutes - or even another two parter would have worked. It being 45 minutes meant things got rushed and other things weren't as fleshed out as they needed to be.

It is unclear whether this was a Chibnall outline that Hime wrote the script for, or a Hime story that Chibnall molded after the fact, either way, something got lost in the edit. The mother/daughter story line didn't have any weight to it. They made a big deal about oxygen, when nothing really came from it. It didn't help that as the Doctor was running out of oxygen that there were several healthy burning fires in the background. For those that don't make the connection, an essential ingredient of a healthy fire is oxygen. It had to be present for it to be there. I was convinced that the Doctor would use that to gain more oxygen. She didn't.

Writing for big groups means its easier for character moments when they are divided into smaller ones. But it didn't feel organic in this instance to keep Ryan away from the rest of the group so long. Sure, Bella needed a sounding board but they had to write around what is organic to keep Ryan with her.

The guest cast seemed all but wasted too. Breaking Bad's Laura Fraser is an exciting get for the show. A two-parter would have let the audience form a bit of an emotional connection with them, which would have garnered stronger reactions at their various fates.

The speech at the end was clunky and awkward. There is nothing wrong with Doctor Who preaching something, especially when it involves as something as important as the environment. The Doctor's speeches can be the most powerful part of the show, just look at 12's Zygon speech. But this one just wasn't scripted correctly. Jodie did the best with what she had. Any positives of that are because of her sheer talent. But it felt like it was a quick addendum to the end of an unsure story.

Hopefully "Orphan 55" is the exception and not the rule. It sounds like there is some exciting stuff coming up, and if this episode is a small speed bump in an otherwise stellar season, then it will soften the blow a little bit.