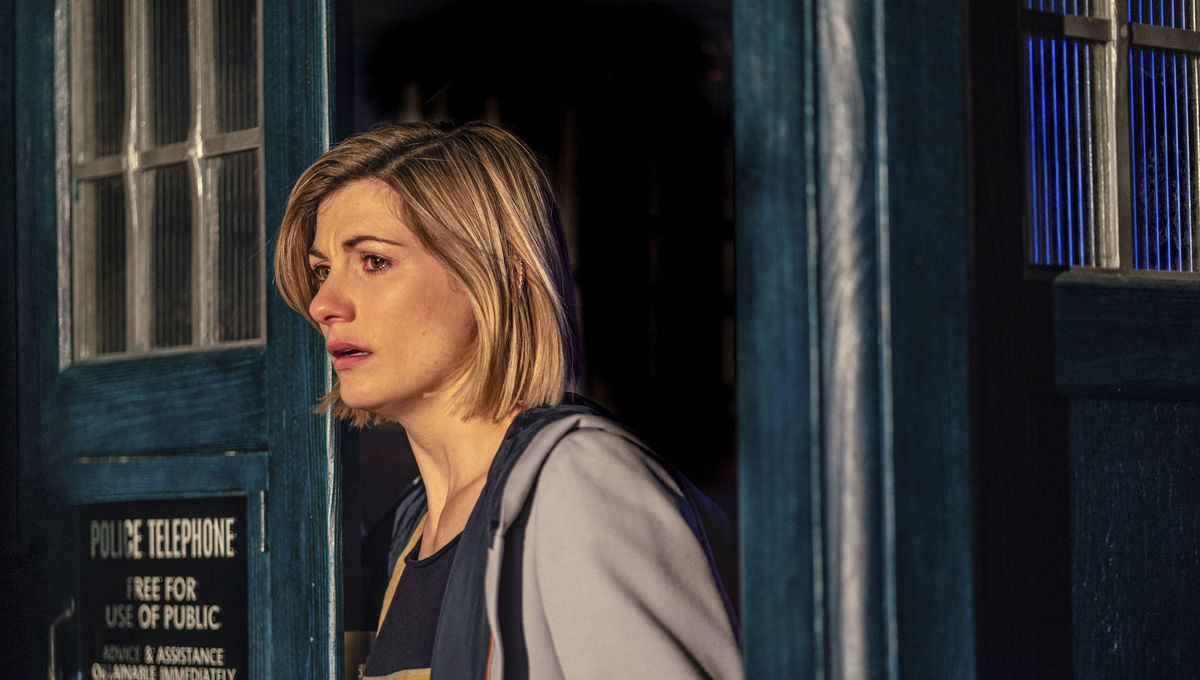 A common trend in Doctor Who since its return in 2005 are two part episodes with a cliffhanger at the end of episode 1. What is also a common trend is for the cliffhanger to be much better than the resolution presented in the second part. Take season 9 for example. "Heaven Sent" is one of the best Doctor Who episodes ever made. Its follow up, "Hell Bent", is not at all on the same level. Fast forward to s12. Chris Chibnall drops the premiere on New Year's Day with the excellent "Spyfall Part 1". It had stakes, big reveals, and strong character moments. So how did the follow up go?

"Spyfall Part 2" was a strong enough follow up to its premiere. It was a bit uneven in places, and the resolution of the alien was put on the back burner and quickly dealt with. But it offered so much that was missing from Chibnall and Jodie Whittaker's first season.

The episode had more 1-on-1s with the Master and the Doctor. Those were the strongest scenes of the episode. Sacha Dhawan and Whittaker play very well off of each other. Dhawan has already encompassed everything that makes that character great, while still putting his own spin on it. There is no doubt that he will return in some capacity later on. He was too good, and he set up too much, for it to be a 1 off appearance.

There was a lot of juicy Gallifrey stuff in this. It all wrapped into the "Timeless Child" mystery presented last season. The Master knows things that The Doctor doesn't, and it seems the audience will go on a journey of discovery with her to figure things out.

The companions were separated from the Doctor for most of the episode. They had their own adventure which was perfectly entertaining. It was a bit slow in places, but the gags with the spy gear made up for it. The contrast was noticeable too. There was one scene with Nazis during World War II, then the next minute there was an older gentleman trying to figure out how to use laser shoes....

Chibnall borrowed tropes from both eras of Modern Who that have come previous. There were elements of Russell T. Davies' stuff with the companions on the run due to the Master like in "The Sound of Drums". Having Gallifrey be essentially gone lends itself to his era too. Then you had a very wibbly wobbly timey wimey and complex plot that lent itself to the Steven Moffat era.

Yet there was still signature Chibnall stuff in it too. Exposition heavy scenes that are still relatively entertaining, introducing a plethora of characters, all with different purposes whose doors are open for later appearances.

Both parts together find this to be the strongest of Chibnall's run so far. It developed characters and furthered their journeys. It offered an update in the mythology and lore of the series. It provided a fun sci-fi adventure. It had everything a Doctor Who episode needed. So while it was a bit rough around the edges in some places, it was still a big win for the show.

Let's hope the rest of the season stays on par with the premiere!