This week featured a wrapped up story line, island flashbacks, and parental dramas. 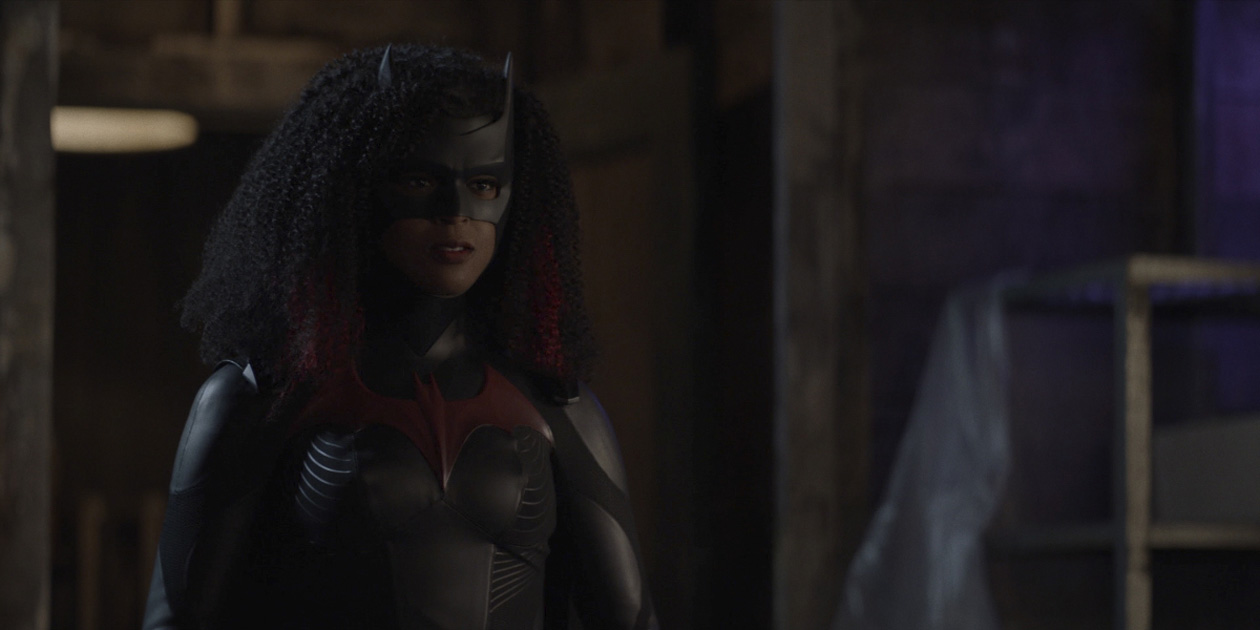 The kryptonite sickness is front and center now, and it is really impacting Ryan in ways that I thought they wouldn't. I assumed as like most big things in these shows that it would be an easy fix. But they are letting it linger, and getting interesting story details out of it.

The flashback is a trope used in the Arrowverse from the very beginning. It isn't used as frequently anymore, but Batwoman is utilizing that tool to tell more of Alice's story, and it is effective. Her time on an island, where she learned new skills and met new people (sound familiar) is the most interesting part of the story at the moment.

The macguffin of the fix all flower is a bit much though, they need to use it to cure Ryan, and then make sure it can't come back, or it is an easy write out of any corner. Plus it will lessen Mary's impact on the show. Who needs a doctor when you can just use a magic healing flower?

The dynamic with Ryan's ex keeps getting more interesting, and hopefully it will come to a head soon. This is the first time she interacted with her as Batwoman, and I'm sure there is more to come.

Overall, the episode was fine. It was definitely a means to an end, in order to make things happen later in the season. 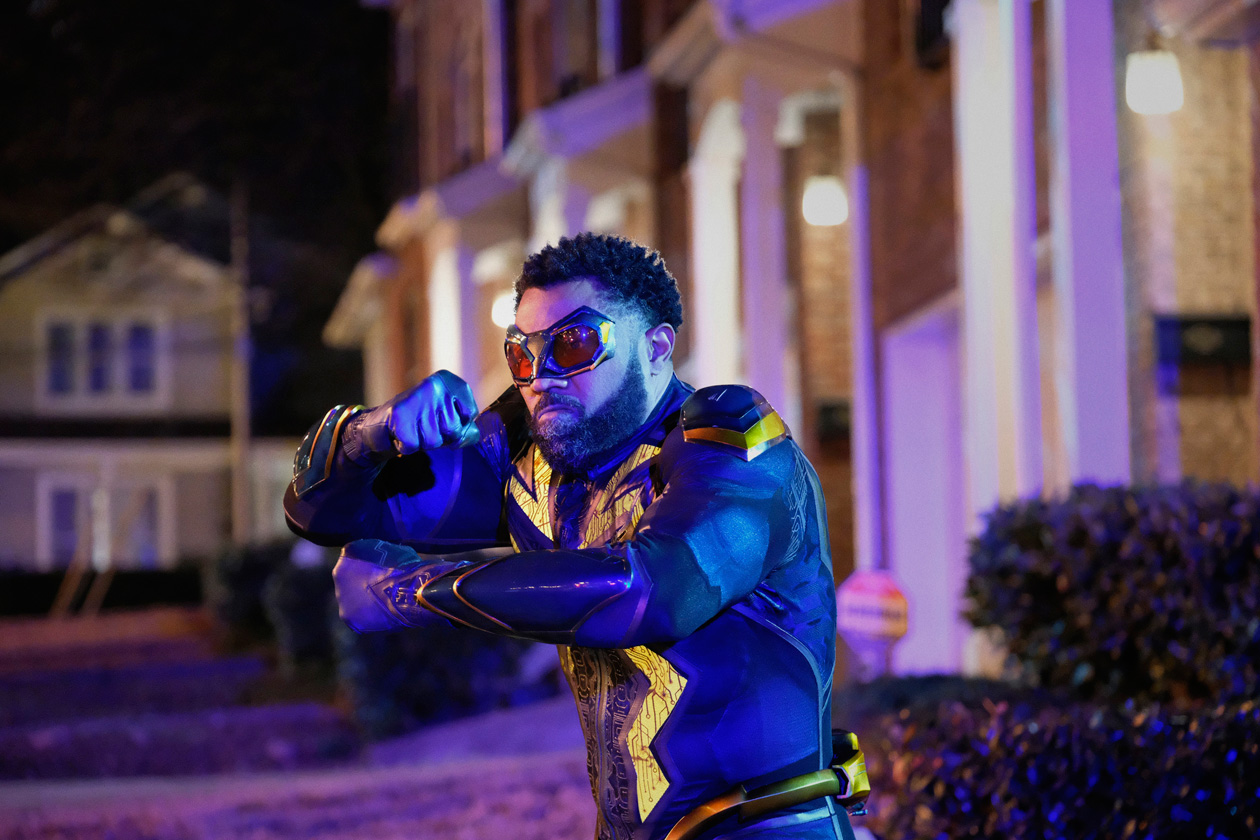 The new Jen hit the ground running, and while the rest of the Pierce family adjusted, it was still business as usual. She even suited up (albeit in a different suit) to help Jefferson who is back full time as Black Lightning.

Laura Kariuki fit the role of Jen well. She captured the essence created by China Anne McClain, yet gave the part her own spin. Recasts happen all the time, but in true Black Lightning fashion, they made it happen in their own unique way.

Tobias running mayor seemed inevitable, but it was still a really well done moment. He wants to own Freeland, and becoming mayor is the best way to do that. There is no one who can seemingly stop him, or wants to, outside of the Pierce family.

La La seems to have finally met his match too. The concrete death was great (Captain Jack Harkness from Doctor Who and Torchwood suffered the same fate) and so was the Han Solo-like aesthetic of him stuck in the concrete. That story is far from over, as I will never count La La out again.

The Pierce family is still broken, but tragedy seems to bring them together like nothing else can. Things are starting to get a little better. Anissa and Grace are married and want to go on a honeymoon. People are talking to each other more. It isn't a huge step forward, but it is something.

The show is on a hiatus for a while, but it seems that we will get an update on Khalil when it comes back, which will probably set up his spinoff Painkiller. It'll be interesting to see if its a completely clean break from Black Lightning or if it has more connective tissue than just his character. 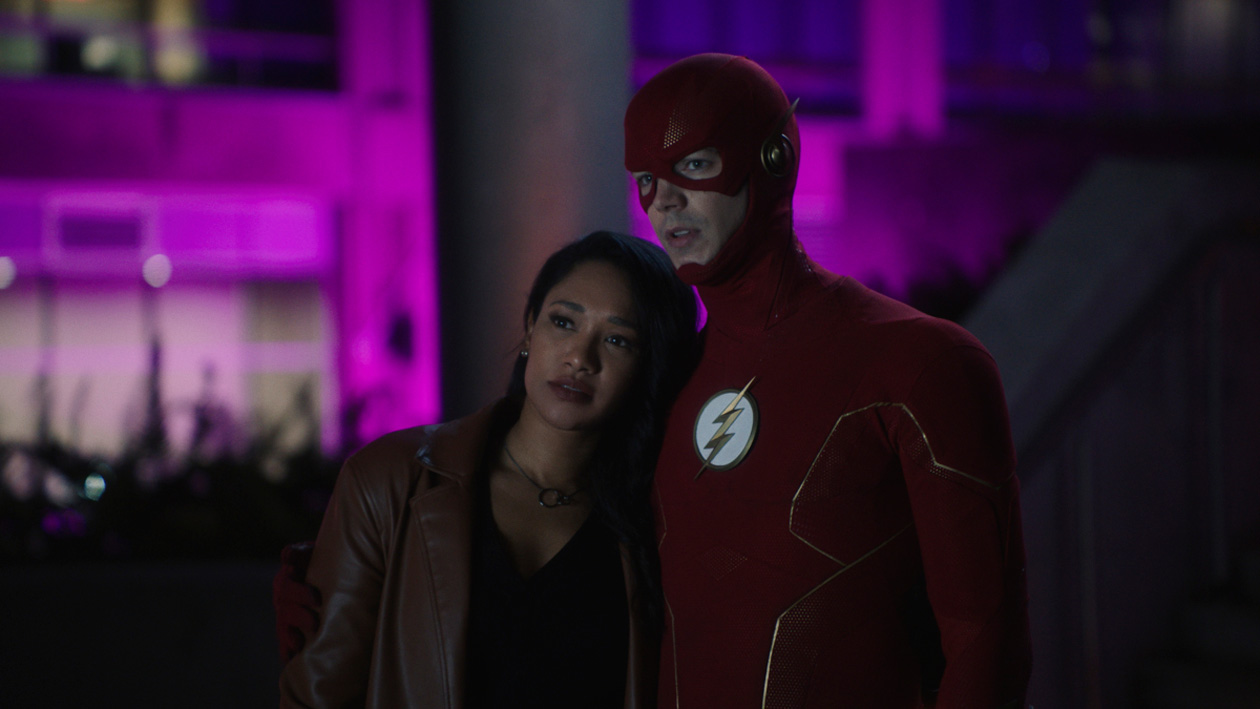 Let's all rejoice! The mirrorverse story is finally over! We can move on to something new and hopefully better now! I know Covid really affected filming, but the ending of this saga was wholly anti-climactic. At least all of the key cast members were involved though, instead of people sitting out.
Cisco isn't Vibe the metahuman anymore, but he seems to be using tech to become Vibe 2.0. If he still wanted to be Vibe, why take the cure? I guess it comes with side effects and what not, so just using Vibe tech is better for him. At least that is how I read it anyway.
The Wells exit in episode 1 was powerful. So it is only fitting that *checks notes* episode 3 we had...a Wells exit. Again, I know plans were changed to fit a new schedule but it felt like a bad rehash. Especially because this Wells Prime can magically time travel and will probably be back in a different form very soon. I love Tom Cavanagh, and anytime he can be on the screen is a good time. But hopefully they can stream line the Wells story now.
It will be interesting to see where the story goes now. Next episode will essentially be a premiere, a fresh story with everyone back on solid ground, the events of which will propel the rest of the season. Other than all of the energy escaping Star Labs, and Wells Prime time traveling there isn't much to know about the rest of the season, but both of those things are have a lot of potential, so hopefully they can make it work.
***

We finally got a peek into what Morgan Edge wants with Smallville, and of course it is Kryptonite. That little element has been playing a big story in the Arrowverse this year, and would have probably been the focal point of the scrapped crossover with Batwoman.
The show is making me care about the kids too, which is a good thing. I was already in for Superman and for Lois, but needed to be sold on their kids. They have done in that in no time at all. Now when the episodes focus on them, I am not clamoring to get back to Lois and Clark.

There are metahuman children being kept somewhere, and while it was an offhand comment, that is definitely coming back. Maybe the kids will liberate them or something like that.
General Lane had a lot of stuff to do, and he's slowly turning villainous. That alt-world Lex Luthor definitely got into his head, and now he's starting to take precautions against Superman. There are also parallels, or a yin/yang between Clark being a father and General Lane being a father to Lois. It was nice to see that put on front street.
The show forgets it is a superhero show sometimes, but that is what happens when the CW involved. That isn't necessarily a bad thing, but it makes the superhero moments all the sweeter.
There are a lot of seeds planted in this show, and with a shortened season, hopefully things can ramp up on all sides.

***
The best episode of the week was Superman & Lois. Every story line is intriguing, and there was no weak area.