This week featured the return of the Scarlet Speedster, Kryptonite was front and center in 2 shows, and a formidable foe made a play for the their city.

Black Lightning - Episode 4.05 - The Book of Ruin: Chapter One 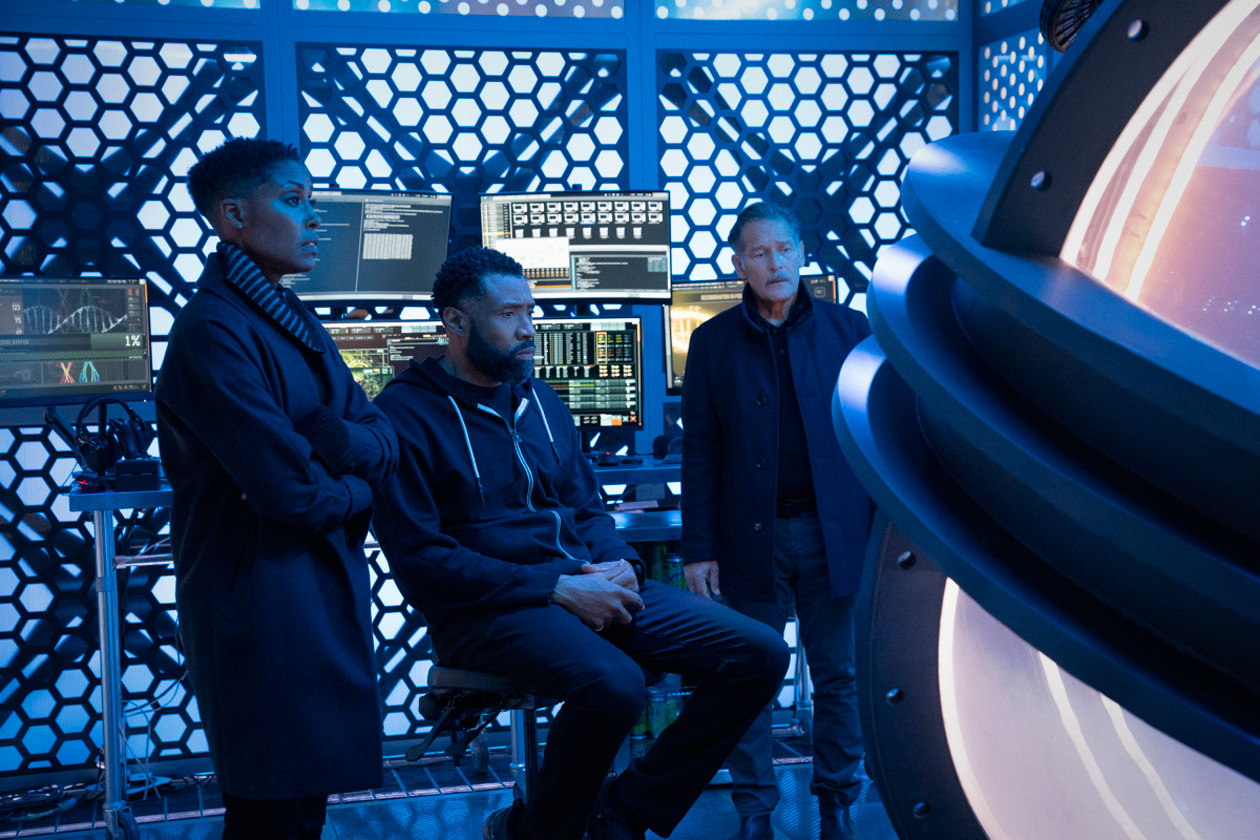 Black Lightning usually has pretty good pacing throughout their episodes. But this one felt different. It was a waiting game, both in terms of story, and pace. All the characters were waiting for Jen to re-materialize, and while they waited, nothing else really happened.

Not every episode needs big superhero moments, but it for the first time, maybe ever, Black Lightning was treading water. The charismatic characters made you want to spend time with them, but that was really the only saving grace of the episode.

China Anne McClain, who plays Jen, announced she was leaving the show even before Black Lightning was set to end this season. So when she disappeared last episode, I thought it was to merely save her for one more appearance in the finale. But it turns out we might have seen the last McClain.

When Jen emerged from her sci-fi bubble, she was played by a different actress. It was a clever way to recast, as her molecules had to be put back together, and it could just be that they got rearranged in the wrong order. Within the confines of the show, a recast actually was written into the story, instead of ignored.

So while the episode ended with a big shock in the form of a different Jen, the rest was lackluster. It was nice to get a reference to The Flash in the show though, it is the first time they have referenced their larger world since Crisis put them on the same Earth.

The episode definitely served a purpose in the grand scheme of things, but hopefully now they can go pedal to the metal until the series finale. 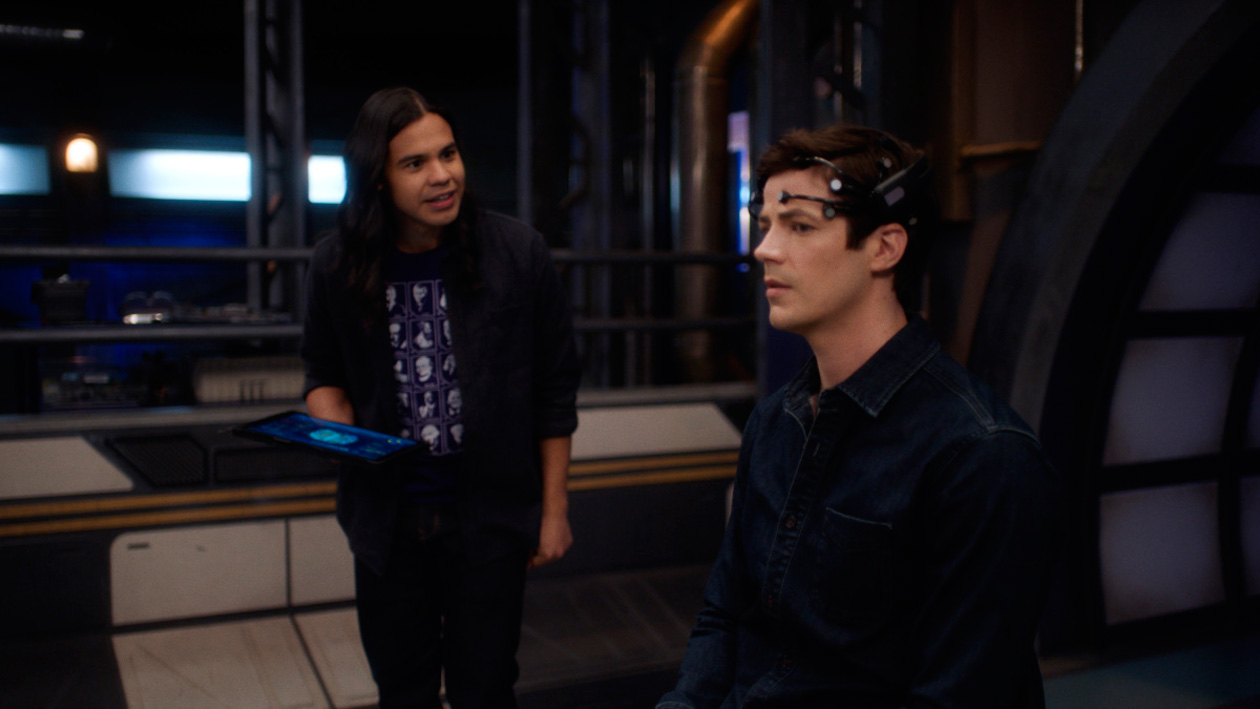 This is the second episode in a row that Grant Gustin got to play someone outside of the norm. Last week it was all the different Wells. This time, it was douchey Spock like version of Barry Allen.
The mirror story needs to end, and luckily this episode took a big step in that direction. Iris is free! Ava is exposed! While there is still work to do, it feels like this all can be tied up soon.
Even middle of the road episodes are made infinitesimally better when Carlos Valdes and Danielle Panabaker are involved. Their return this episode was a welcome one, and hopefully they are back for the long haul now.
Barry devoid of emotion was a fun little avenue to explore, but I'm glad it didn't last long. It would have been awful for it to last more than one episode. Him being back to normal and dealing with the ramifications of his actions will be Barry's emotional beat for awhile.
The tease at the end that showed the original Wells is back to life was amazing. We haven't really seen Tom Cavanagh play this version of the character save for a couple of flashbacks. We saw the Thawne version, but not the real one. This might be the most interesting Wells-Team Flash dynamic yet. He will also probably be the answer to getting Barry back to a real speed force. If that is the future story post-mirrorverse, then that is all the more reason to end the mirror story quickly.
These first couple of episodes have been obviously impacted by Covid. Hopefully the impact won't be as noticeable in future episodes. It would be nice to see all of Team Flash back in the same room again.
***

Superman & Lois - Episode 1.03 - The Perks of Not Being a Wallflower 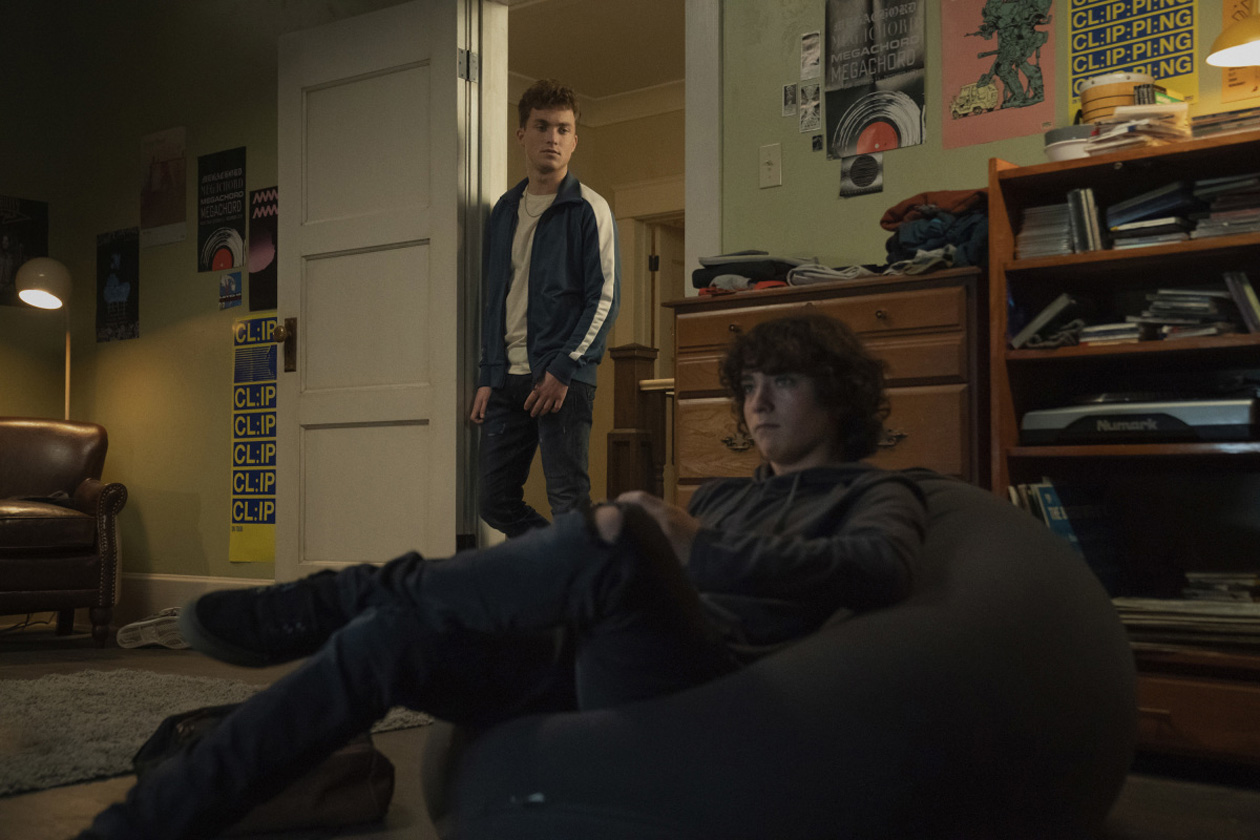 If you were to tell me in 2012 that out of all the shows spawned from Arrow, Superman & Lois would be the most angsty drama filled one, I would have laughed at you. But here we are almost 10 years later, and nothing is surprising anymore.
This episode put the kids' stories front and center. While Lois and Clark still both had things to do, the Jonathan and Jordan were the stars. It also gave Sarah and her family more depth as well. I didn't expect Lana to be as big a part of the show as she is, and her family is a fascinating, albeit broken one. It is nice the show gives them some emotional resonance and things to chew on, instead of being one dimensional caricatures.
This episode also gave us a break from Lex Luthor's vendetta. Maybe. While the villain certainly felt like a "monster of the week" type threat, the ending suggests that maybe he is connected to a larger scheme after all.
Still, the fight in the hotel was cool, and while Arrow still has the best choreographed fights in the Arrowverse, Superman & Lois might soon be in on the conversation.
An angle that is quite nice to be explored is Clark still struggling with how to use his powers. The whole thing about him not being allowed to use his super hearing with his family is something that would definitely come up in real life if someone had that power. It makes the character feel more real, and gives him an issue. Clark is indestructible, and is maybe the most revered person on the planet, but is struggling to keep a hold of his family. It really is fascinating stuff.
There are a lot of things stirring the pot right now, and each week we seem to get another ingredient. It will be interesting to see how it plays out going forward. I am still in shock we have a real Superman show in the Arrowverse, and hope that it sticks around for a long time.

***
The best episode of the week was The Flash. The triumphant return of Cisco and Caitlin was going to be hard to beat.