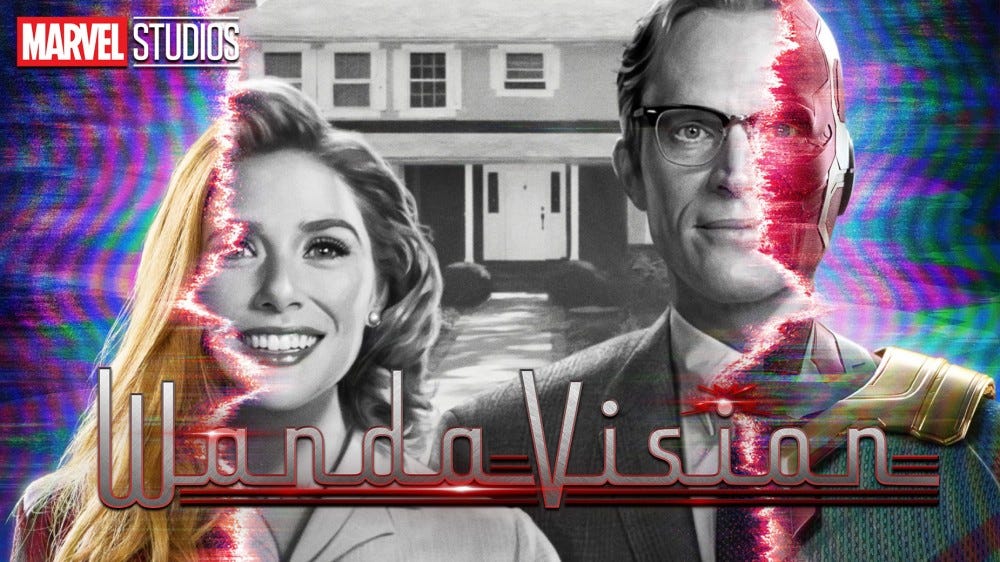 The penultimate episode provided a ton of answers, and didn't disappoint. Wanda had to relive her past traumas, and she unlocked as many answers as we did. This episode framed the past ones in a totally different light. They are much more tragic than fun now.

We got a little glimpse into Agatha's past, a long time ago. While she has acted nefariously, her motives don't seem to be just anti-Wanda. Instead, it feels like she is trying to unlock Wanda's power for herself. She is just going about it in crude ways. It is a treat to watch Kathryn Hahn act, and it is lovely to see her getting the credit and respect she deserves.

There are many heartbreaking scenes in this, but three in particular stood out. The first was when Wanda went into SWORD and saw Vision's body. The "I can't feel you" seen is a heartbreaking callback to Avengers: Infinity War, and it is the line that absolutely broke me.

The other is the scene of Wanda and Vision in the Avengers compound, talking about the loss of Pietro. It is a very sweet scene, and both Olsen and Bettany do incredible work. The sadness on display there is palpable, and has some of the best lines in the episode. The third one, of course, is the creation of the hex. After she leaves SWORD, she drives to Westview, and is so overcome with grief that the whole thing happens. It was a powerful scene that brought everything full circle.

There has been a word that I've been waiting to hear in the MCU for a long time. And while the show didn't give us the first utterance of the word "mutant, it did say something else. This is the first time that Wanda has been called "Scarlet Witch". Uttering the name is significant, and the finale will have to wrap everything up.

With only one episode left, the show has a lot to do. White Vision vs Wanda Vision will be at the forefront, but they need to tie most everything else up in a nice neat bow. There can be a bit of a cliffhanger that leads into Doctor Strange and the Multiverse of Madness but they need to wrap most of it up. I'm curious to see how that will be done in a short time frame. There seems like there is so much story left.

This show has been amazing, and if they can stick the landing, it'll truly be something special in the MCU.

New episodes of WandaVision stream on Fridays, exclusively on Disney+