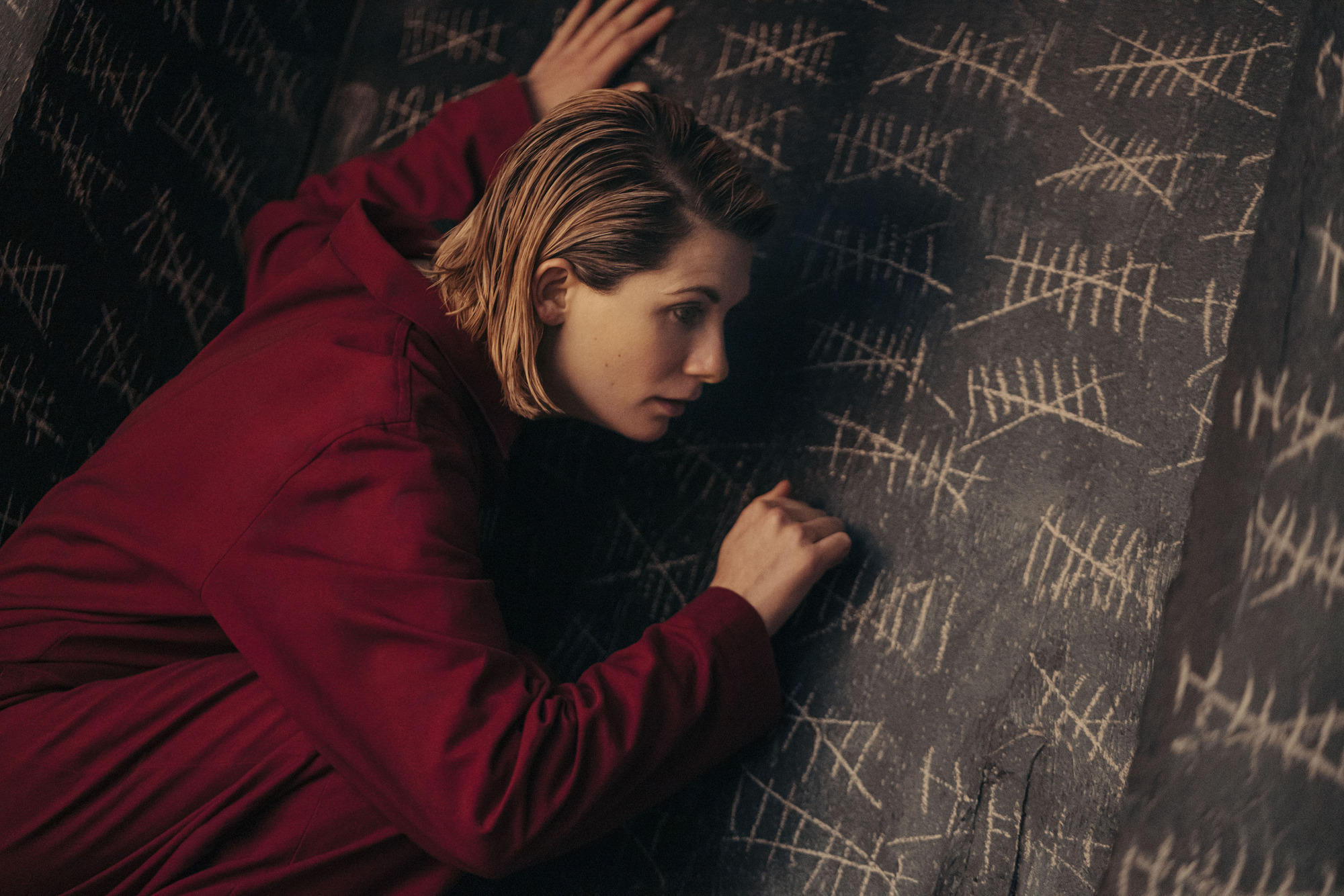 "Revolution of the Daleks" was my most anticipated episode of the Chris Chibnall/Jodie Whittaker era since their debut episode. It was sold as having Daleks, Captain Jack Harkness, and connective tissue to previous episodes. What's not to love? Well, the episode had even more - Dalek civil war, companion exits, and even a tease toward the future. While it was enjoyable, there were many glaring issues with the episode that kept it from being great.

Let's start with Captain Jack Harkness. While he is one of my all time favorite characters in science fiction, he felt misused here. A lot of his signature mannerisms - mainly flirting and dying - were absent. John Barrowman was great with the material he was given, but it felt like he was stifled a lot. It's strange coming from someone who knows how to write the character, given that Chibnall pretty much ran the first 2 seasons of Torchwood for Russell T. Davies. One of the best lines between the Doctor and Jack was a rehash from the first time the 10th Doctor ran into him again. Instead of using the plastic surgery gag again, they should have killed him, and let Yas, Ryan and Graham worry. Or have him blow up on the Dalek ship with the Daleks, only to be recovered later. He felt like he was used as a means to an end: A plot device, and nothing more. It was so much fun to see Captain Jack back on the screen. But it also felt a bit hollow.

Jack's goodbye was merely an off camera audio recording. While he did mention he is going to remain on Earth and see Gwen, it still felt a little lackluster. Though it could have been the beginnings of rebirthing Torchwood. If you add the fact that Graham and Ryan left to defend the Earth, it certainly had evidence pointing in that direction. Maybe that was Chibnall's original intention, only to be shut down by the BBC. But it felt like those things could have meant more than they do right now.

Companion exits can be heartbreaking. These weren't too bad in terms of tragedy. It definitely leaves the door open for both Graham and Ryan to return occasionally, sort of how Wilf or Mickey did in the Russell T. Davies era.

The more Doctor Who I can get, the better. So a 72 minute episode was welcome news. However, with this story, it felt like it could have been tighter at 65 minutes or so. There was a lot of treading water in the middle of the episode. This did give the story an opportunity to allow for a lot of character development though, so the time wasn't completely wasted.

As mentioned above, a Dalek civil war is fascinating. That is what Chibnall should have leaned into. If the plot was the purebred Daleks discovering these things as Earth was the battleground, it would have been a much more compelling way to up the stakes. Again, like the rest of the elements, it was perfectly entertaining but still left something to be desired.

Chris Noth's character Jack Robertson from "Arachnids in the U.K." (a story I liked better upon a recent rewatch) was great, in the sense that he played the perfect douche bag to hate. There wasn't much redeemable about his character, but he never got a comeuppance like say Umbridge did in Harry Potter and the Order of the Phoenix. Instead, the world thinks he's a hero. If this is setting a greater fall in the future, then that's fine. But as things stand, its unfortunate he didn't get what is coming to him.

There was a lot to love though. Jack had time with each companion, and gave them much needed advice, especially Yas. They formed a nice relationship that we will hopefully see more of later, since she is staying on the show for at least one more season. A staple of Doctor Who is the Doctor outsmarting her opponents. There have been times where it was obvious that it was difficult to think of a way to do that for the writers. But the second TARDIS trick was an inspired choice. It was a great seed planted earlier that paid off later. Most people thought that Jack would end up with that TARDIS, not that it would be used as the solution to the problem in the climax. It was a really great trick the Doctor pulled.

Ryan's speech to the Doctor about her own life was great too. Though it was a bit meta. You could definitely see Chibnall speaking to the masses with it. I'm still not convinced we have the whole Timeless Child story, or that the Master was even telling the truth. But it does give The Doctor something to chew on. While Steven Moffat played with the "Doctor who?" question before, this really asks the question.

The show will feel different next season without Graham and Ryan. It just being Yas and the Doctor would be something, but the show teased a new companion entering the mix as well, so there will be at least 2 companions next season. Chibnall certainly likes his ensembles, but it's nice to see the TARDIS team a bit smaller coming up.

Overall, it was a fun episode with the potential to be something more. I liked it, and might even like it more in context of future episodes. But as a one off special to appeal to general audiences as well, it does work.

Doctor Who will return later this year on BBC One and BBC America.