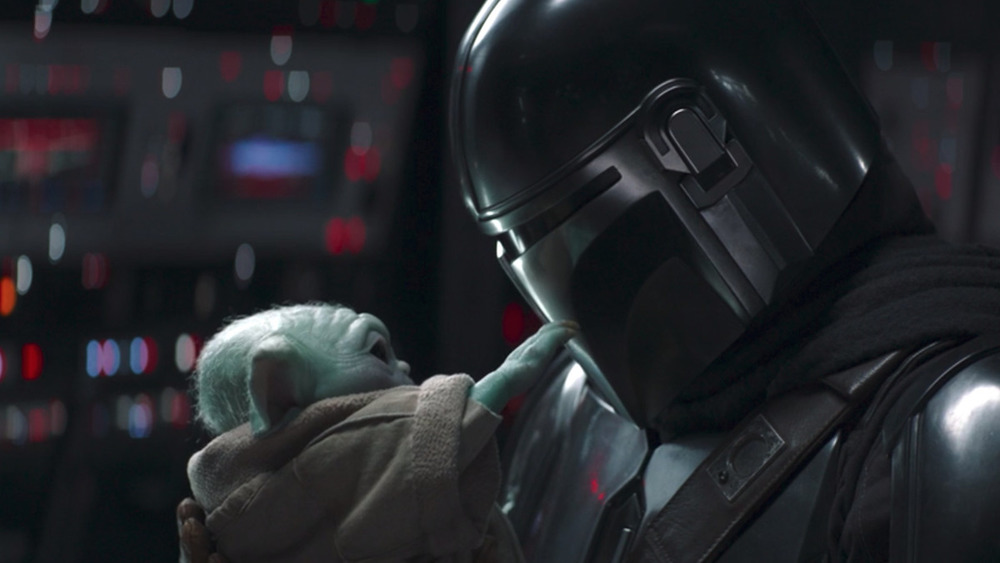 The season finale of The Mandalorian changed everything. In fact, it is unclear what shape the third season is even going to take (is it The Book of Boba Fett or its own separate thing)? But it tugged at the heartstrings of everyone, and did what Star Wars does best - which is rely on the past in lieu of anything new.

The finale had everything. Action, stakes, future seeds, heart, humor, and spectacle. It really paid off everything that came before it, and gave fans a resolution to the story they invested in last year. However, it also offered more for the future, and the show could look vastly different.

The show's future could be out of Grogu's little hands, and back solely into Din's. It can focus on Bo-Katan, the darksaber, Mandalore, and Moff Gideon. That is a fascinating show, and while Grogu will be missed, it will still be an exciting adventure.

I doubt that we will never see Grogu again. Yes, he went to train with Luke (and The Last Jedi showed us the dark fate of Luke's Jedi Academy) but there is a world where Luke returns him to Din's care. Either due to belligerence or all of the stuff Ahsoka warned Din about. Grogu is a cash cow for Disney, and a fan favorite. No way he sits out long.

Lucasfilm just couldn't help itself. Luke being the Jedi to come get Grogu was the safest and most predictable option. It offers the least exciting story possibilities as opposed to Cal Kestis, an old alive Windu, Quinlan Vos, Kyle Katarn, or someone new. But it was expected. Star Wars is gonna Star War, and you're either in for it or not. Luke will not be a huge part of The Mandalorian but could appear again if Grogu returns to the picture.

The CGI de-aging thing isn't quite good enough yet. Marvel has done it better, because they map a younger version over the same actor, instead of mapping Hamill's face on a different actor. It would have been better to just recast (someone like Sebastian Stan, for example would work for young Luke like they did with Alden Ehrenreich as Han Solo). But it still got the job done. The build up to that, with Luke fighting his way through the ship up to the bridge was stellar.

Peyton Reed did his best work directing this episode. The scale and scope of the thing were incredible, he really showed off what he can do behind a camera. It was one of the most visually stunning and well performed episodes of the entire season.

The episode ended with a post-credit sequence featuring Boba Fett returning to Tatooine and claiming Jabba The Hutt's palace as his own. It was then announced that The Book of Boba Fett was happening, though it was unclear if that is its own show or the subtitle to The Mandalorian season 3. Regardless, Boba Fett isn't going anywhere, Cobb Vanth will probably show up again, and Din could get involved as well.

While the future is foggy, the first 2 seasons of The Mandalorian are some of the best Star Wars that Disney has produced. Star Wars never messes with the formula too much, so season 3 next year should be just as special. But these first 16 chapters are a fun ride (even if there are a few too many pit stops) and offered wonderful things to the Star Wars universe.