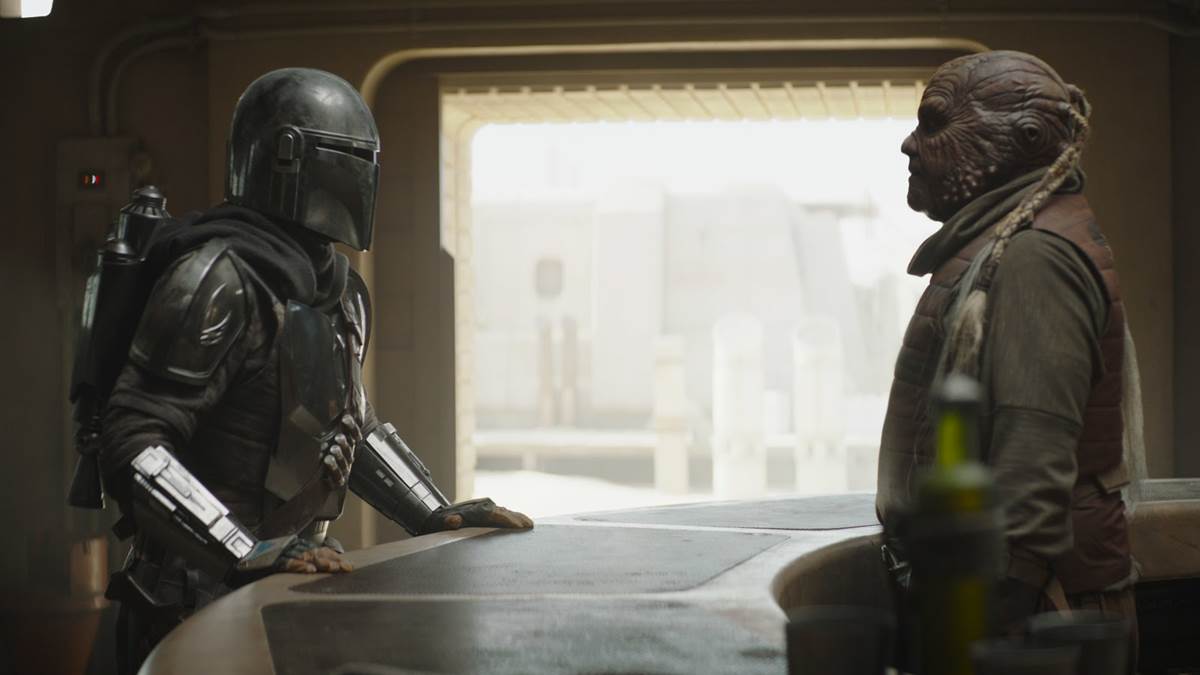 Star Wars can get bogged down with itself, relying on the overly familiar in lieu of a better story. That is why the first season of The Mandalorian was so refreshing. It brought something new to the universe, and wasn't overly reliant on the franchise's history. The second season just premiered, and it took a course more like its film counterparts - it was one big nostalgia bomb strapped to a bantha.

In the case of this episode (subtitled "The Marshall") however, it felt earned. Nostalgia is a wonderful weapon in the arsenal of a storyteller, when used correctly. When things become overly-reliant on it to the point of sacrificing story points, that is where it gets into trouble. Jon Favreau doesn't do this here. Instead, we get a healthy dose of nostalgia that fits perfect within the confines of the larger story. Favreau knows this is a marathon, instead of a sprint.

When Disney bought Lucasfilm, they streamlined the Star Wars canon, leaving a lot of "legend" stories on the cutting room floor. But they have brought a few characters into the official canon, such as Grand Admiral Thrawn in Star Wars: Rebels. In doing so, there was room for other characters to be invented in books and comics, such as Cobb Vanth. Vanth was a cool character who stole Boba Fett's armor and passed himself off as the bounty hunter sometimes. This new version was mostly true to the original, with only minor tweaks (he wore the armor he bought, and never passed himself off as Fett). It fit very well into this story, and casting Timothy Olyphant as him was perfect. Olyphant can play cocky, yet well-intentioned characters with ease. We will definitely see Cobb again, as you don't cast Olyphant for one episode.

The story found Mando searching for other Mandalorians to help him find the species of the Child. That brought him back to Tatooine, where Vanth was, who was protecting a village from a Krayt Dragon. If that sounds familiar, its because that was the rumored plot of the Obi-Wan Kenobi standalone movie a long time ago. Whether it was ever actually seriously considered for the movie (now upcoming Disney+ series) is irrelevant. The idea was out there, and seems to be used here instead. It was also familiar because there is a quest in Knights Of The Old Republic that is almost identical. You have to lure a dragon out of the cave, using a Bantha as bait, after laying proximity mines all around the mouth of the cave. The dragon steps out and dies. It was a cool moment in the video game, and an even cooler moment when adapted to fit The Mandalorian.

The story worked by itself, but the job it did of making Tusken Raiders more 3-dimensional beings is to be commended. It is nice to see a different side of them than what previous Star Wars properties have shown. Adding depth and humanity to characters is always a good thing. To do it to such 1-dimensional characters like the Tusken Raiders, is difficult to do. But Favreau is super human, so he can pull it off.

Seeing Amy Sedaris's character again was nice. It's always a fun surprise to see an unexpected familiar face. Hers was just the appetizer however, as the episode had a handful of shocking appearances. One was expected given how the story went, and another was not but both were absolutely incredible. One cameo in particular made me gasp, as this character is the subject of one of my favorite Star Wars short stories ever. It wasn't really shoehorned in, it felt organic, and plausible within the grand scheme of things. The cameo at the end has a bit more explaining to do, but that's surely coming in due time.

While the Child didn't have much to do this episode, there was still plenty of him. There are many cuts to him, just seeing him react to things and process information. That is enough. He will surely have big moments this season, but just seeing him react to all of Mando's crazy antics is all that was needed. He is still the most adorable thing on TV.

This episode was a wonderful "welcome back", and works on many levels. While I'm sure I will have to explain some of the deep cuts to my friends and relatives on Facebook, the story still works without knowing those things - another gift that Favreau possesses as a story teller. He did it with Iron Man and now he's doing it with Star Wars.

If "The Marshal" is any indication, this season is going to be bigger, bolder, and louder. It also indicates that we are in for quite a treat. The future of Star Wars seems to be on television for now, and that may just be what the franchise needs.

The Mandalorian is now streaming, exclusively on Disney+.