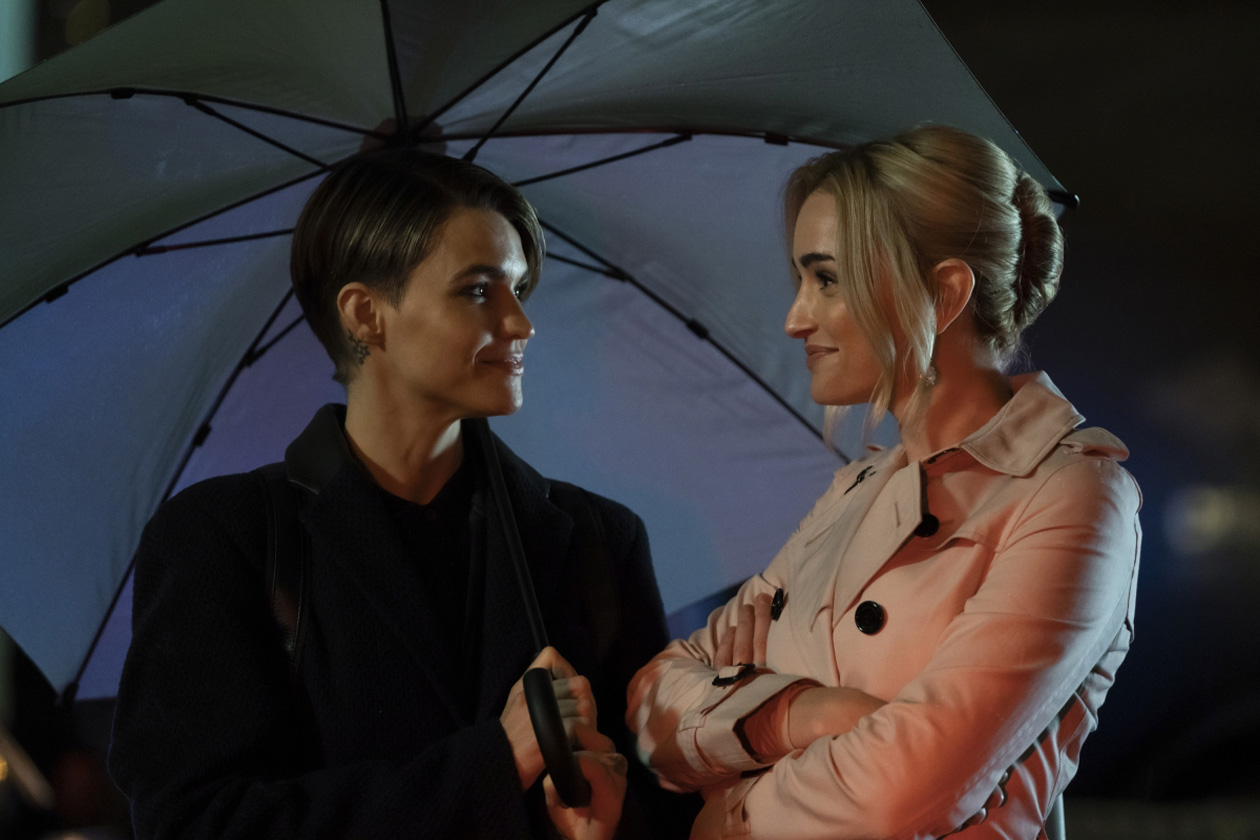 I have been a big Mary Hamilton fan for a while now. She is the best written character in the show, and is the most fascinating as well. For her to officially join the "Bat Family" and be in on a mission was well deserved, and awesome to see.

This episode gave every single person something to do. Sophie was the least involved, but at least she was a catalyst for Kate's feelings. But a lot of little things from previous episodes came to a head this episode, and it made for a great story.

There was some Bat suit action, and some Kate character stuff too. The perfect balance between her two lives. Too much of one or the other makes the episode suffer.

The big macguffin of the season now is Lucius Fox's journal, which is now in the hands of Alice. That will propel the story the rest of the season. 3 of Kate's relationships were involved in this episode. Yet she still can't seem to find happiness. Sophie is probably still the endgame, but there is a long way to go before that happens yet.

There are a lot of threads going on, and it will be interesting to see how everything gets wrapped up. 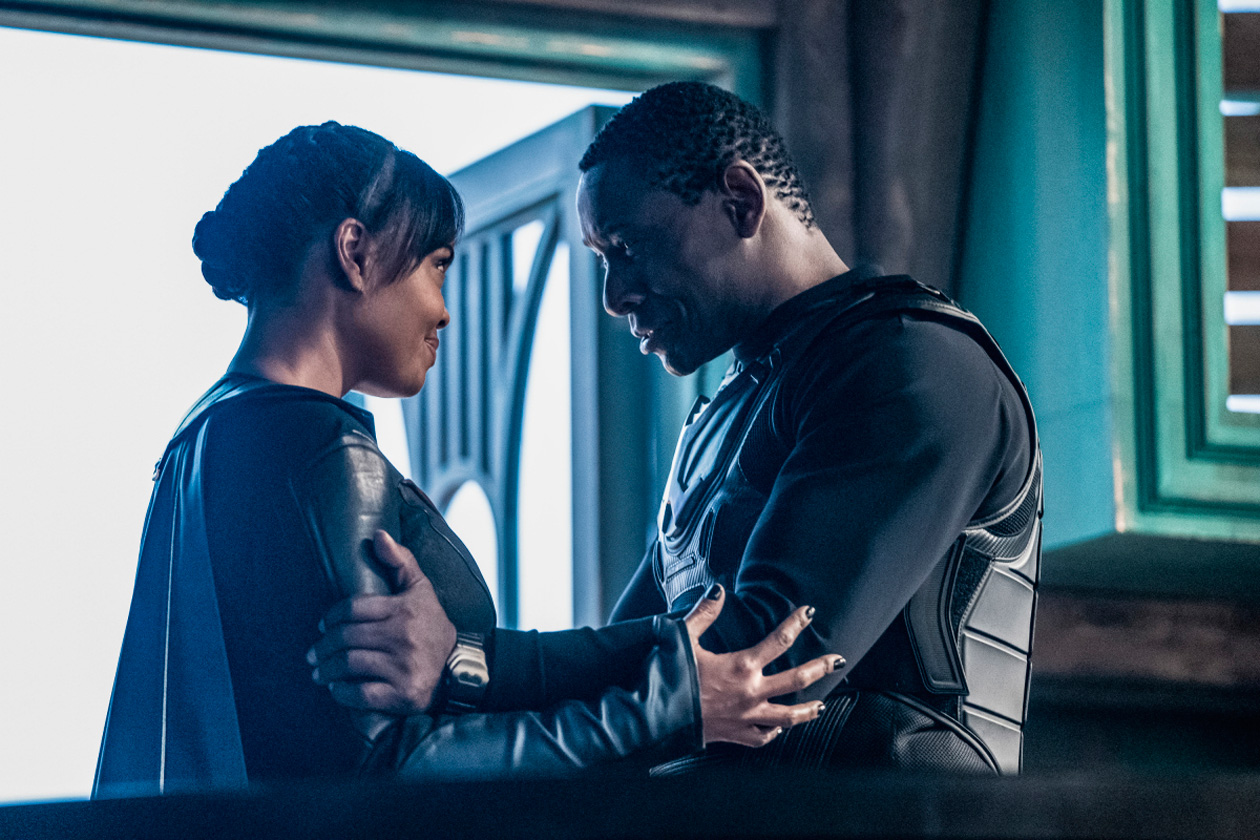 Melissa Benoist directed an episode that had very little Benoist in it. The episode was a Lex Luthor focused story, to see how he pulled the strings on everything that has happened so far this season, post-Crisis.

Jon Cryer is a gift to the Arrowverse, and he is my favorite live action version of Lex Luthor. He gets everything about the character correct. The feigned innocence, the cold and calculated moves, the righteousness, everything. He's perfect.

It was fun to see Jason Mewes cameo too. Benoist is great friends with Kevin Smith and Jason Mewes, but it was still surprising to see him pop up, especially without Kevin. Benoist did a great job behind the camera, and has a future there too.

The episode could have been complicated, with all of the detail and nuance given to Luthor's plan. But the writers and Benoist's execution made the episode easily consumable.

It was fun to see an old face, with M'gann showing back up. Hopefully she sticks around a little longer this season.

The 5th act had some of the biggest special effects the show has ever done, and they looked pretty decent too. A lot of the times, they are wonky at best. But these were great.

The episode was one of my favorites, showing the long con of Lex Luthor and removing any doubt of if he had really changed or not.

Hopefully they will be able to end this season strong. If Cryer is involved still, it is sure to be something special. 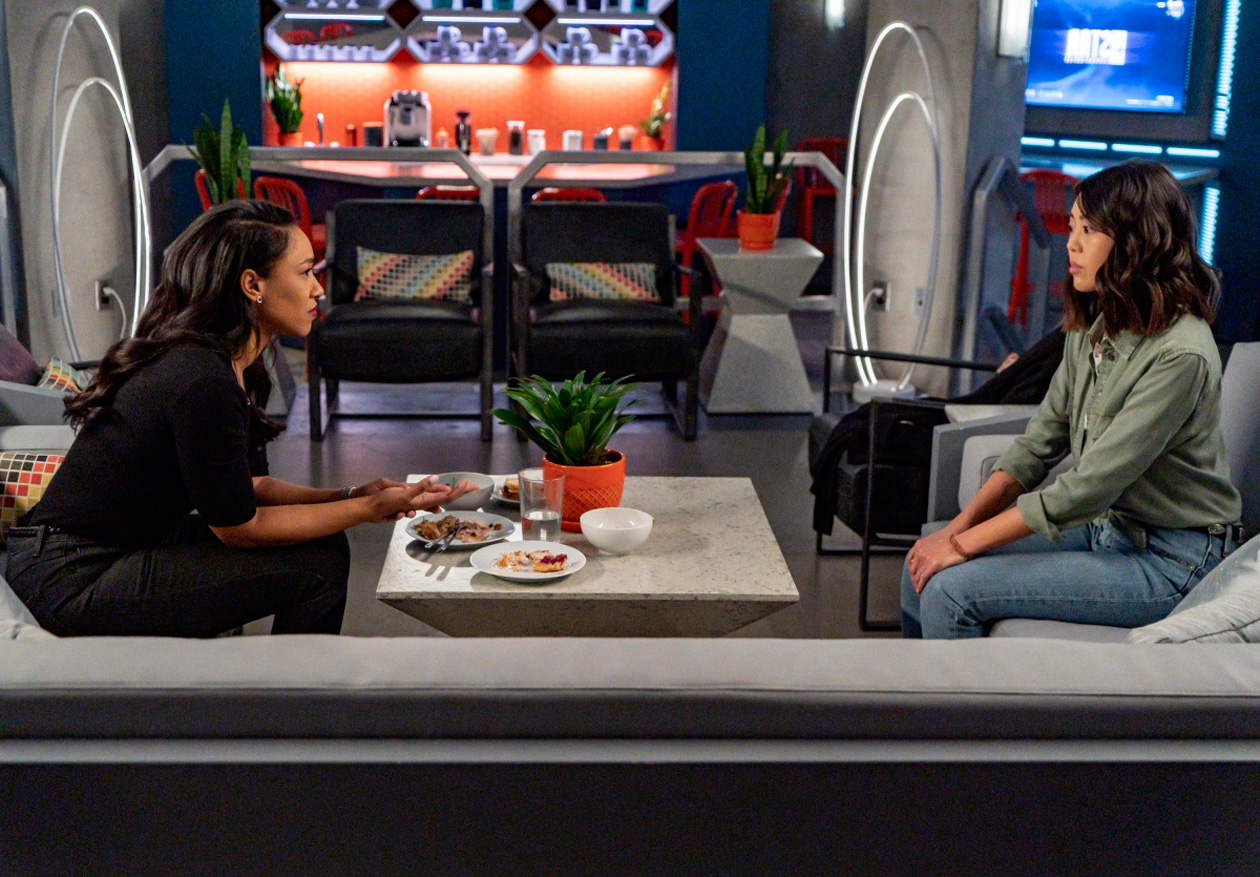 For all the crap this show has churned out in recent weeks, it is great to see a well put together episode. Not only did this have deep cuts Flash lore, but all of the stories gelled nicely with each other.

With the maddening Iris mirror thing finally making progress, the rest of the stories are fun again. Barry has been on his red speed for weeks now though, the depleted speed seems to only be used when convenient.

Godspeed is a cool villain, and was used pretty good this week. Tying that story into the redemption of Pied Piper was nice too. When two stories can interweave so seamlessly, it makes for an entertaining episode. Godspeed's sound blood was convenient, but it was nice to use it to fix Pied Piper's boyfriend, instead of an instant fix to the speed force.

Team Flash is down and out, but Barry found the strength to be a leader again. He spent the whole first part of the season trying to get Cisco to lead due to his death, but post-Crisis, he took back the mantle. It would be okay for Cisco to take the leadership role every now and then, but it's good to see Barry get it back too.

Allegra is getting a bigger role by the day. It helps that Caitlin is pretty much sidelined right now, and with Cisco leaving again there is even more room for her to shine.

This episode really focused the story for the rest of the season. Rescue the mirror prisoners. Make an artificial speed force. Defeat Eva. Those things should be the focus, and would be better if they can all intersect in someway too. The character work that needs to be done can be accomplished through those stories.

It sucks that Cisco will be gone yet again for a little bit, but it is better than permanently I guess. Hopefully he's back in time for the finale. 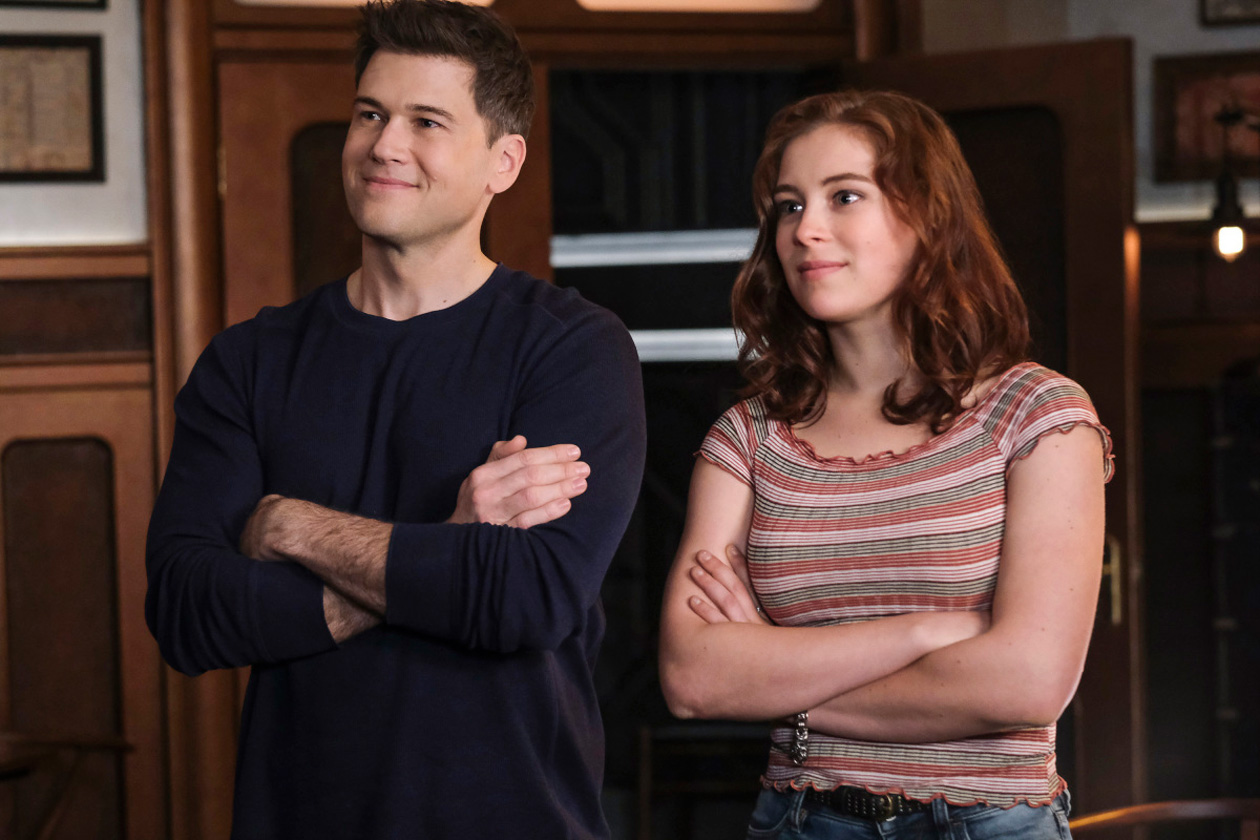 This episode of Legends was pretty self contained. Yet it still gave everybody something to do. Having Mick's daughter aboard offered a fresh perspective. The storyline that Mick has had this season has been stellar. To give the most 1-dimensional character a deep and rich storyline has been very satisfying. I just hope it doesn't lead to the character's exit.

Demon dogs, blindness, attempted resurrections, visions of murder, mistrust, and weird alliances were just some of the things going on in a very confined ship. Different stories happening at the same time, in the same place. They could have all been filmed separately, with just a few cast members intersecting between the stories.

Sara is going through a lot. She has been through so much in her journey in the Arrowverse, and all of it had a point. This blindness she's suffering will surely have a point too, though it is hard to see what it that is at this point. It wasn't a one off thing for an episode, so there has to be an end game for it.

Gary's ineptitude is getting pretty old, but at least the reactions to it are entertaining. It is the randomness that is the worst part. He pops up, and there is exposition of what happened. Instead of showing him finding a dog last episode. It was either cut for time, or not planned ahead, but either way, it felt forced because of it.

The Loom of Fate is tearing the team apart. They all have different priorities, and while it didn't work for any of them, it was a preview of what will happen when it does work.

The demon dog making the team do weird things was a bit strange. He was just a random murder dog, there was no reason for him to want to get rid of the Loom rings or what not. I guess it was to just cause chaos, but it was oddly convenient.

Overall, it was a good episode, and while a lot of it seemed like fluff, there was some important stuff peppered in. It was nice to see most of the cast all together, as there has been a lot of disjointedness this season.

The best episode of the week was Supergirl. Jon Cryer is a gift, and to see a Lex Luthor-centric episode in the Arrowverse is still something that I can't believe happened.
Arrowverse Arrowverse 19-20 Batwoman Caity Lotz Grant Gustin Legends of Tomorrow Melissa Benoist Reviews Ruby Rose Supergirl The Flash TV TV Reviews