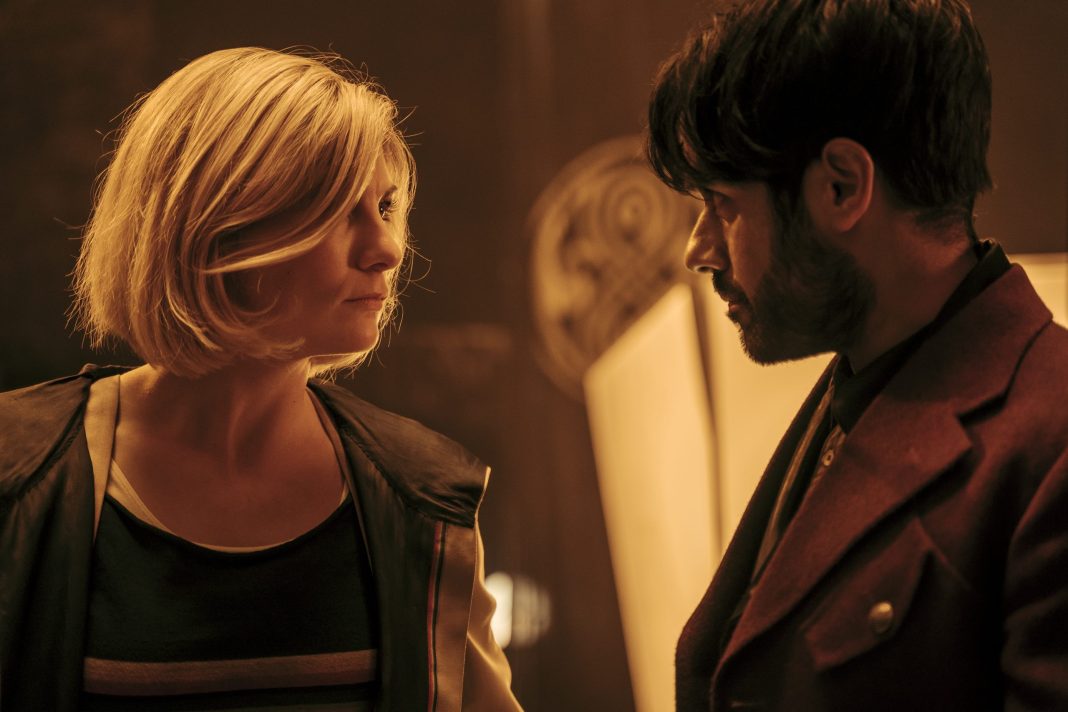 Just like that, another season of Doctor Who is over. But unlike last season, this season changed the entire mythology of the show. It is a foundation laid that future showrunners will use for the rest of the show's history. The episode even hearkened back to the Russell T. Davies era with a great cliffhanger to make audiences wait for the special.
The MVP of the episode was Sacha Dhawan. His take on the Master is inspired, and you can feel the pain and joy and triumph and tragedy of the character all rolled into one.

The Doctor's newly discovered history not only provides new story opportunities, but fixes some old continuity issues suggesting that there were previous versions before William Hartnell. It can also provide the opportunity for one-off Doctors to appear, allowing a-list celebrities to inhabit the role for a short time. But it does something else too. It makes The Doctor unique. It makes her someone who is more special than her Time Lord counterparts.

Now, in something like The Rise Of Skywalker, something like this isn't needed. Rey didn't need to be someone. It actually works better if she wasn't. But in this case, The Doctor is already part of a special race, so this just puts her above the already elite Time Lords. So it works much better in this context.

The companions didn't have much to do. They weren't needed for the story, which was very personal between the Master and the Doctor. But they should have been written out in a stronger way. They fumferred around for an hour, then got back to Earth where they thought the Doctor was dead. If that was the end result, they could have done that at the end of the previous episode, and left this one to handle the rest of the business it needed to.

The Fugitive Doctor, formerly known as Ruth, did not have as big of a role as expected. She was there to just nudge the 13th Doctor along. It felt like it was really just the physical embodiment of the voice in her head. But it was fun to see them banter back and forth anyway.

The Cyber Masters looked amazing, but they did nothing. They were a flash in the pan, but provided no substance whatsoever. They could be seen again of course, but they were seemingly destroyed after doing nothing. Same with that death particle that was teased over and over. The Lone Cyberman was pretty anticlimactic too. All of those things could have made a big difference to the episode if done better.

But the biggest sin of the episode was that a lot of it was just told to us. Being told things on a visual medium is inexcusable. Exposition is needed to tell a story more often than not. But it is the way that it is presented that is key. We need to be shown things, not told things. The Master just telling The Doctor this stuff worked better than it should because Dhawan is very good at what he does. But we should have been shown this stuff, not told it. It put a huge damper on the episode.

The Judoon returning was a nice touch. They finally got their person, though it was the wrong version. It would be interesting to see the companions with The Fugitive Doctor to help spring 13 from the prison. That or Captain Jack, whose return feels inevitable at this point.

There didn't seem to be an explicit reason for every story happening on Earth except the last one. The only sense I can make out of it is making that the reason the Judoon didn't find her sooner - they aren't allowed on Earth, and that is where the Doctor was most of the time. It doesn't excuse why every story was on Earth, as she didn't know she was being hunted. But at least there is something to it.

As far as the secrets reveals, it doesn't change as much about the Doctor as people think. She is still the Doctor. She has still had 13 incarnations that have done all those wonderful things. It just tweaks her backstory a little, and people will learn to live with it.

Overall, this season was a big improvement over the last one, but it there is still much to be desired. At least it is a step in the right direction.


Doctor Who airs Sundays exclusively on BBC One and BBC America.