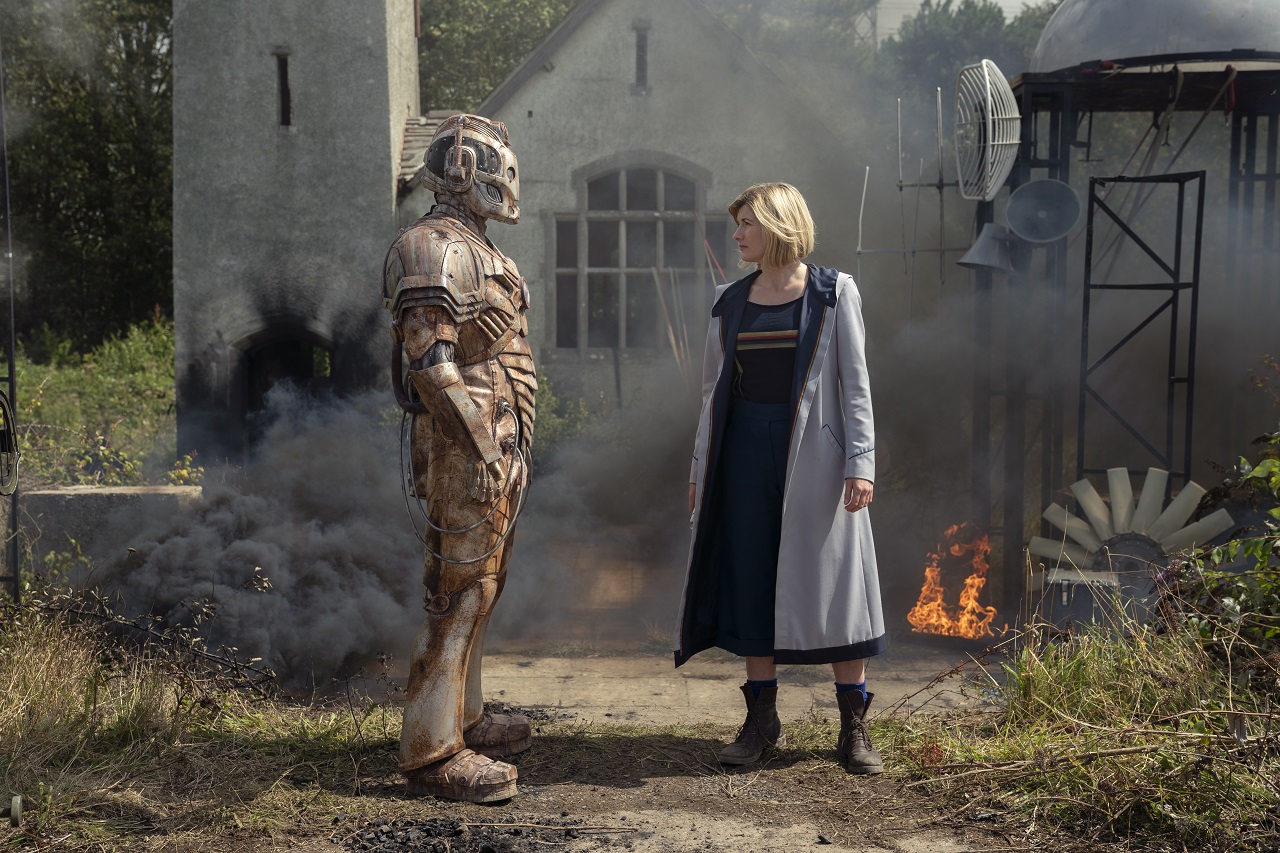 The penultimate episode of a season of Doctor Who can be vary greatly. Usually it is part of a two or 3 part finale. It can either support the finale, or supersede it which is an issue. Take "Heaven Sent" for example. That is one of the best episodes to ever exist. Its follow up, "Hell Bent", does not live up to what "Heaven Sent" set up. So there are two prisms to look at when it comes to an episode like this. The first is how it is on its own, and the second is how it stacks up compared to the finale.

Since the finale hasn't aired yet, we only have part 1 of the story. But "Ascension of the Cybermen" is a strong part 1. It had a lot of high stakes, an intriguing, mysterious story, and things for all of the characters to do.

The episode didn't waste any time in splitting the main characters up, a bad habit this era of the show has had to fall into, due to the sheer number of companions each episode. But this time, the separation felt organic, and there was real panic about them not being together.

The Lone Cyberman is such a cool invention. There have been many different takes on the Cybermen. Some of them have enhanced the canon, while others have been misfires. The Lone Cyberman is a unique, memorable, and frightening take on an already frightening iconic villain. His mission and motivation feels real, which makes the stakes of the other characters feel real as well.

The weirdest part of the episode was the Irish-set subplot. But that quickly became the most intriguing part of the episode. It will obviously tie into the whole "Timeless Child" mystery, but it could be much bigger than that too. The way Brendan came back to life is identical to the way Captain Jack Harkness comes back to life. In a season where Captain Jack Harkness returned, it has to be more than a coincidence. So while it is guaranteed to be one thing, it could be a couple other things at the same time.

It feels like not all of the companions are going to make it out of this season either. There have been "exit moments" for each companion throughout the season, with Graham getting the latest one. It is possible that one of them gets a happy ending, but I wouldn't hold my breath on all of them getting one.

"Ascension of the Cybermen" was one big set up episode that should make the finale pretty strong. But it also had a lot of merit as a standalone episode, which is a good thing. Nothing can take that away. If the finale is great, it will only enhance this episode. If the finale is not-so-great, then this episode will still have its own laurels to rest on.