This week we had a showdown in Markovia, a high school slasher story in 3 different decades, and a Valentine's love story. 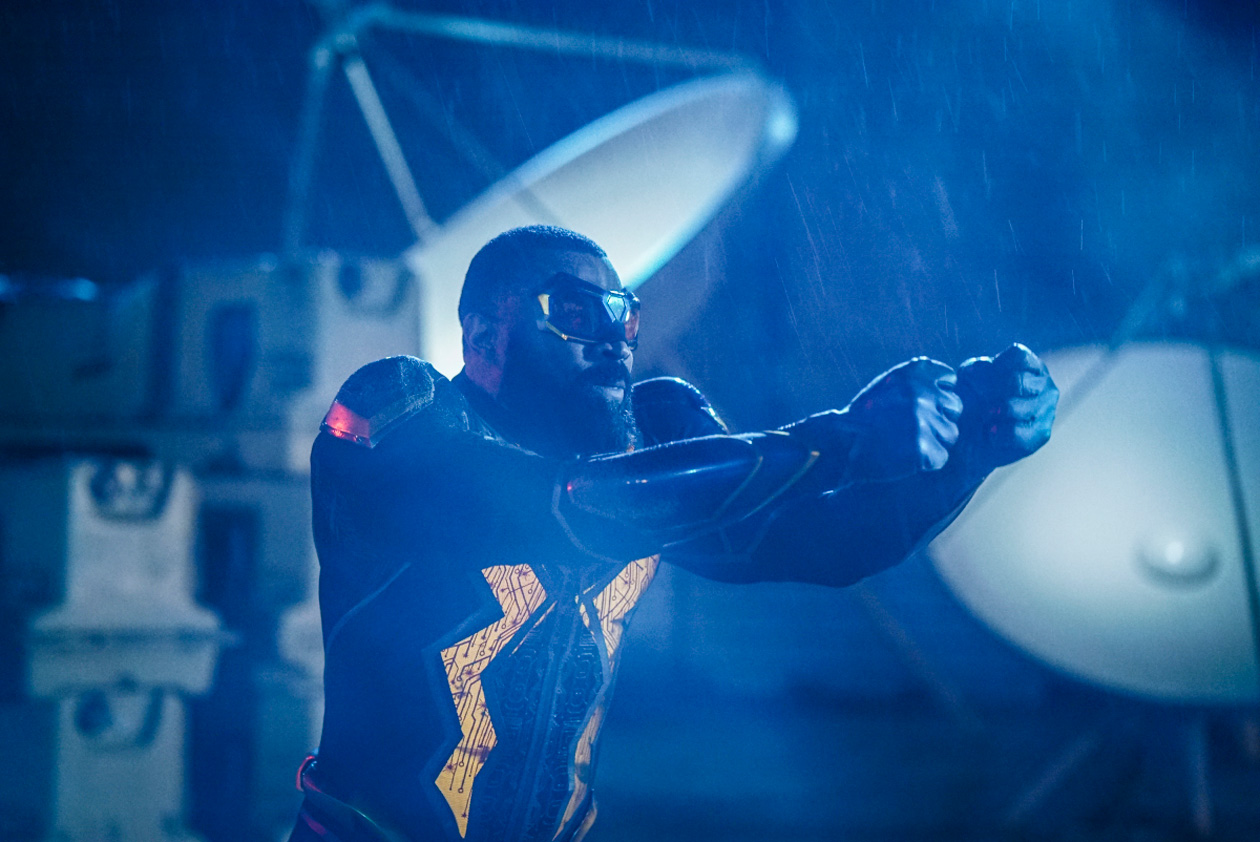 This episode of Black Lightning didn't exactly give the closure that was expected, but they did get to a resting place in the story. With only a few episodes left, every character, sans for one, got to shine, and Tobias and Jefferson finally were able to come face to face.

The newest introduction looks like someone who is likely set up to be the villain next year, and that is Wayne Brady's Gravedigger. Brady is mostly known for comedy, but he did a good job with the role. It was unclear at first if he was going to be an ally or an enemy, but at the end, it was clear which one he was. It will be fun to see him again.

That new introduction was nice, but ignoring Henderson completely was a terrible move. He should have been on that chopper with the rest of the team. Damon Gupton revealed he will not be returning, so it looks like we may never see the character again. Its a shame. They bring small characters who were dead back, but can't find time for a strong alive character like Henderson. It was really the only blemish on an otherwise strong finale.

Khalil is figuring things out, and they took a lot of the episode to give him the character interactions he needed to find his way. Joining the fight was a dangerous decision, but will help in his redemption when it comes to that point.

Brandon didn't get to kill Jace, but that's because he was stopped by Sargent Grayle, who is becoming a great character. TC is also coming into his own, and Grace was important to the Markovian rescue too. Everyone had a part to do which was nice.

The Pierce family is finally back together, and the next 3 episodes should hopefully keep them that way. They can regroup and get stronger. Lynn's drug habit is still in full force, but hopefully they can get away from that story line next season.

The highlight of the episode was Tobias and Jefferson coming face to face as they were leaving Markovia. Its like when Lex Luthor gets screen time with Superman - it feels better than them lurking in the shadows of each other. Tobias has been sidelined for most of the season, and hopefully whether its against Gravedigger or with him, he gets back to being a dominant player in the game.

Overall, this was a great episode, one I thought was finale at first. But with 3 more episodes to go, things will only get crazier before they calm down. 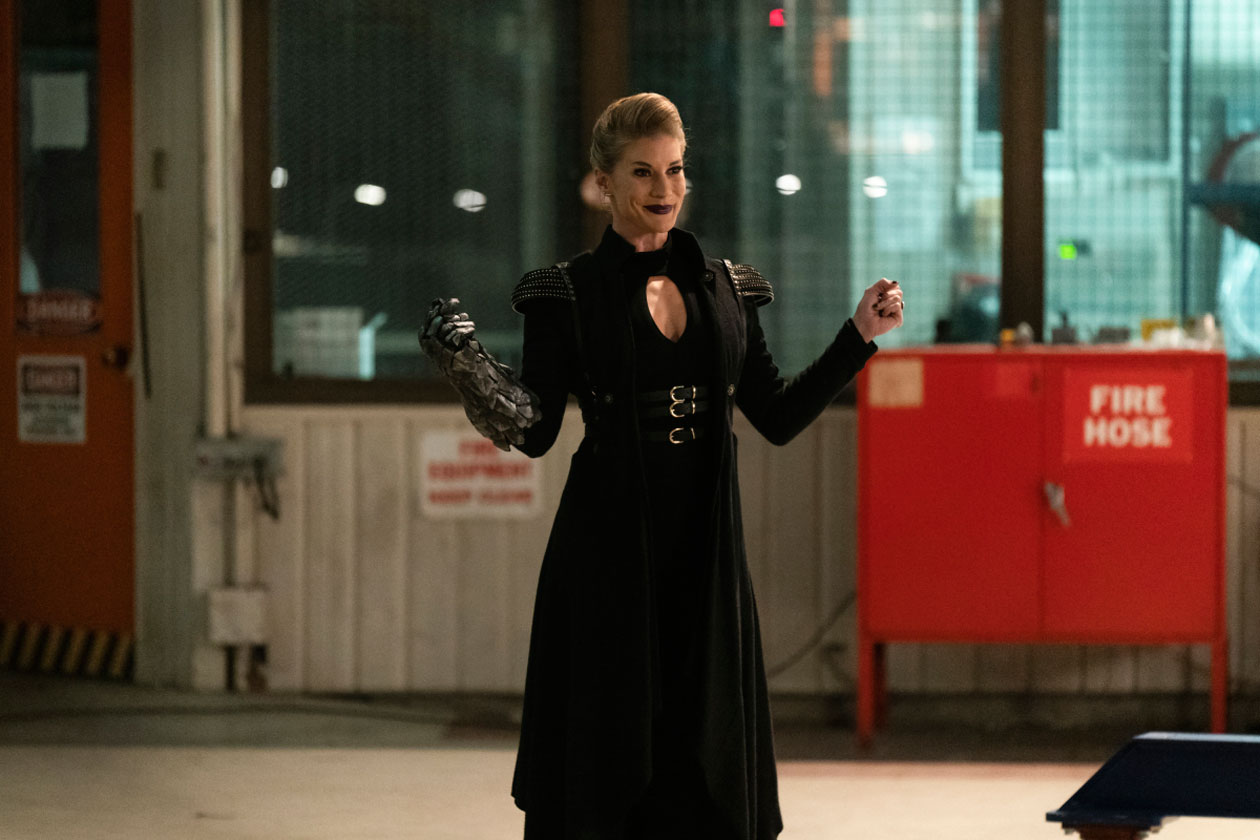 Crisis fallout never hit harder than this episode of The Flash. A lot of recurring guest stars anchored this episode which was missing several key cast members. On top of that, it was a Valentine's Day episode that dealt with some love stuff which is always hit and miss.

There is no problem with portraying a relationship on a show, in fact, it is necessary for a full dimensional character. But a lot of this felt forced just because of the theme of the episode.

The best part was Frost and Nash figuring each other out. But the rest was drivel. There was no Cisco. No Ralph once again. No real Iris (technically). No Cecile. No Camille. Joe had a mere cameo, and Nash and Frost were supporting roles.

So while Barry and the fake Iris had a lot to do, they made a point to not be Team Flash. It was a weird flex, but the episode was lackluster because of it. It is always fun to see Amunet return to cause chaos, but to have her try to anchor an episode was a poor choice. Katee Sackhoff is wonderful, but she was put in an unfair position. Pairing her with Goldface was fine, but it took a bit to remember who he was, as he wasn't as prominent in The Flash's history as Amunet.

Allegra's love life is far less interesting than her relationship with Nash. While that was explored, it should have been at the forefront, instead of a random forced relationship issue.

Iris stuck in the mirror dimension is amazing, and it was merely teased. That going forward will be fun. So there were some seeds that were planted that will be fun payoffs later.

Other than that, this episode didn't have much going for it. It was filler, and was doing what it could with half the cast missing.


Legends Of Tomorrow - Episode 5.04 - Slay Anything 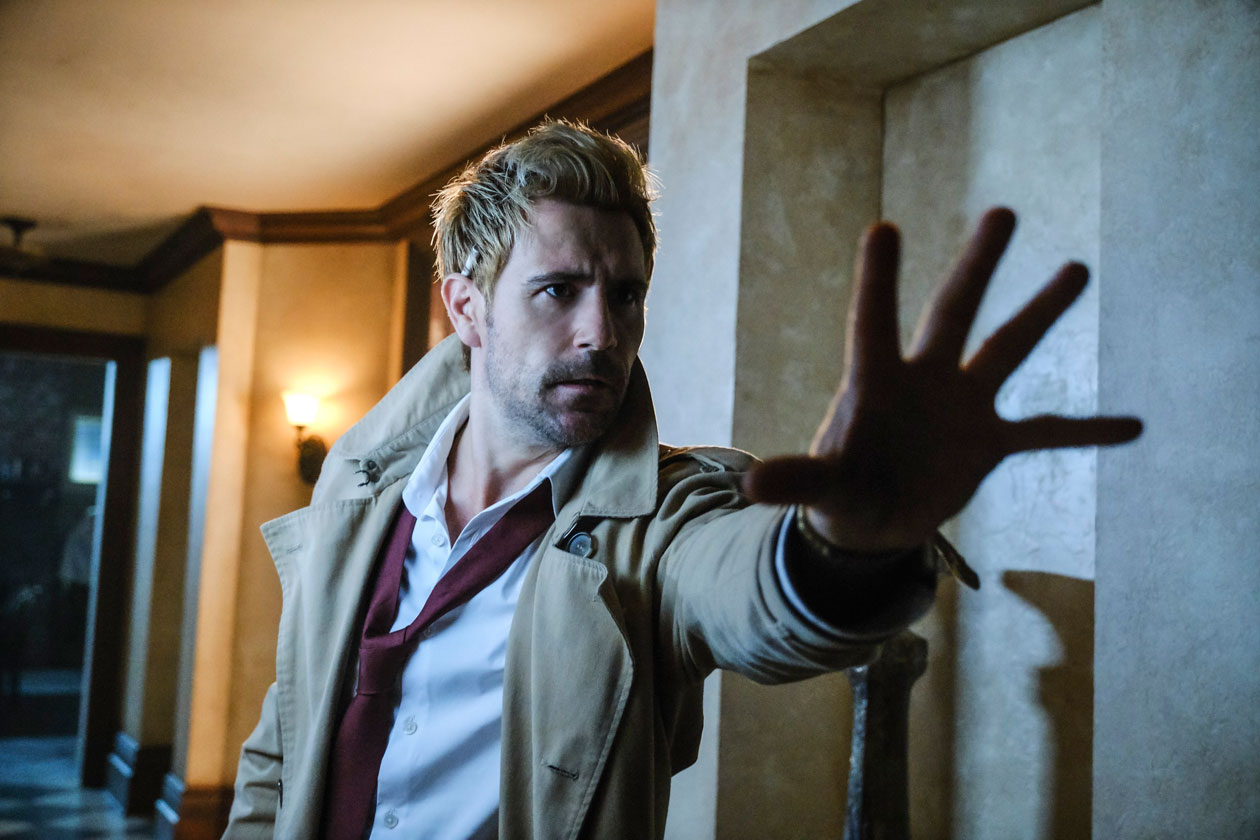 In a far contrast from The Flash, this was one of the best episodes of Legends of Tomorrow to happen yet. It took the high school slasher murder genre, and put the Legends twist on it, with stories happening in 1989, 2004, and 2020.

Nora Darhk had something to do, which was great. In the process she had a ton of character development, that will probably fuel her exit along with Ray some time this season.

Rory got some too, as it was his high school that was involved in the story. To see a glimpse of his past, especially involving a love interest, was awesome. Love stories can be done well, and this is a prime example.

There was a lot of blood, and the episode started with an execution scene. That is a vast departure from what is the usual for Legends, but it was quite a nice surprise.

Constantine had the b-plot this week, but there was a lot of emotional weight to it. He found Charlie squatting in his old house, and he had some demons he had to face there. He is still very much battling with Astral Logue, but that is to save her, not destroy her. That is fitting as it seems like it is his fault she is there in the first place.

For as dark as both stories were, there was still a lot of humor to be had in true Legends fashion. Mick provided a lot of that, but so did Ava with her fandom of the serial killer.

This was the perfect balance of seriousness and ridiculousness. Both old school fans, and new school fans would be pleased with this episode. It was the highlight of the season so far (Crisis aside). They even nailed the new Zari, and gave us a flash of the old one which is good news.

"Slay Anything" was a great episode by itself and the perfect palate cleanser for a less than stellar episode of The Flash.