This week we had the first post-Arrow appearance of an Arrow cast member, a penultimate preparation and an old friend returning in a new way. 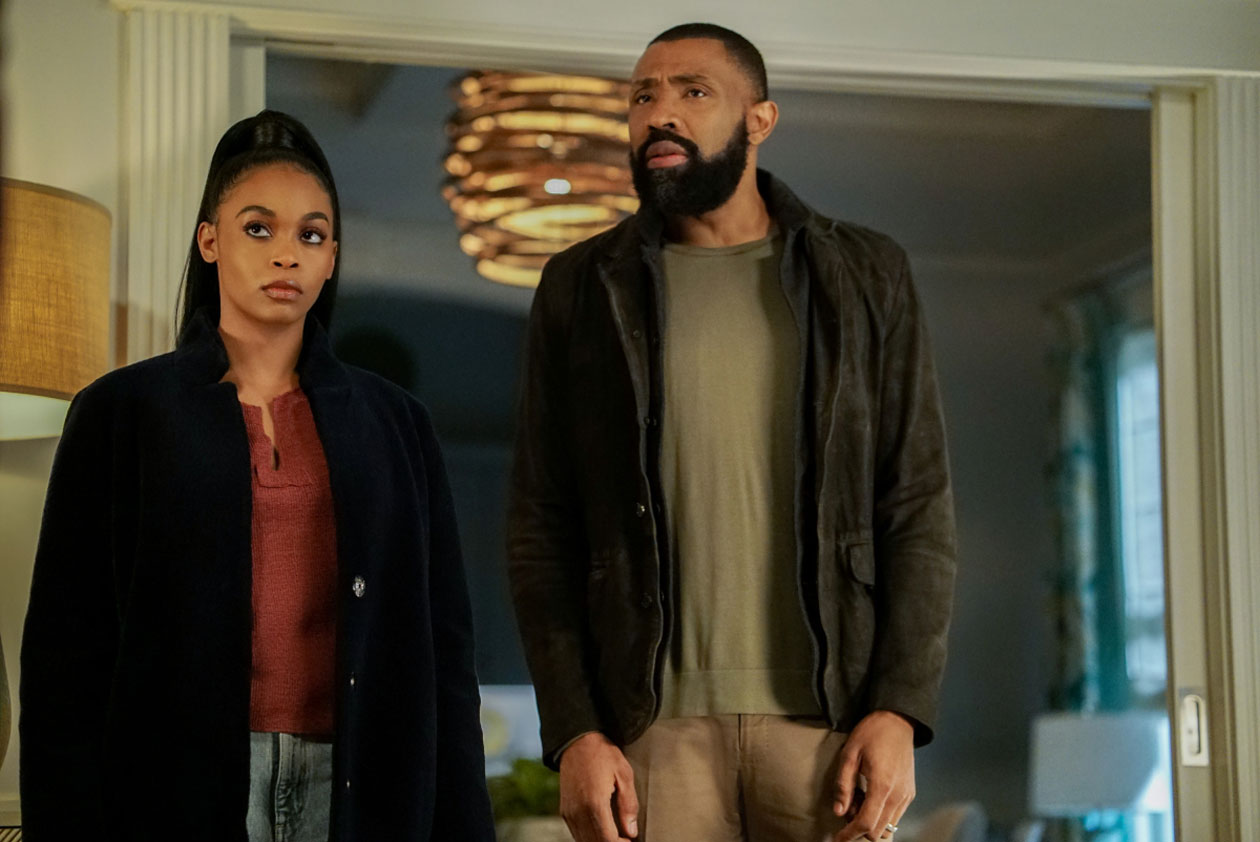 The penultimate episode was merely a set up for what is sure to be an explosive finale. It was essentially moving chess pieces to make a final assault on the queen. But that's not to say that there wasn't big things happening here either. The biggest was the redemption of Khalil (again).

TC and Jen worked together to rescue Khalil. The show tapped into the weird, by actually physically portraying the struggle in his brain. It was a great visual representation of what was going on. While the plan worked, Khalil is a changed person and needs to go away to figure out what to do. That will be an interesting thread to explore next season.

Meanwhile, Dr. Jace is back, and keeps saying she is a prisoner in Markovia. Her and Lynn had an interesting reunion. Dr. Jace needs information from Lynn to keep her value, and the Markovians need it to win the "war". Lynn is still hopelessly addicted to Green Light, which makes things more difficult. Any way you shake it, desperation is at the forefront for everyone involved in this.

Anissa and Jefferson are teaming up with the ASA to rescue Lynn from Markovia. There are many dynamics here that are interesting. But the episode spent a lot of time on Grace fighting her way into the group because of Anissa's resistance to it. The fight was a fun one to watch, but it must have a ton of importance next week if it spent this much time on it. I would say that things don't look good for Grace getting out of there alive.

Secrets are dire to the Pierce family. Anissa didn't know about her mother's drug addiction. Jen didn't know about Khalil. It seems that whichever side of a secret they are on, it causes some pain and friction to the other members.

For an episode that was used to shift characters where they needed to be, there was still a lot to dissect. Things are going to change forever after the finale next week, and the Pierce family is already fragile enough to not be able to recover from it fully. 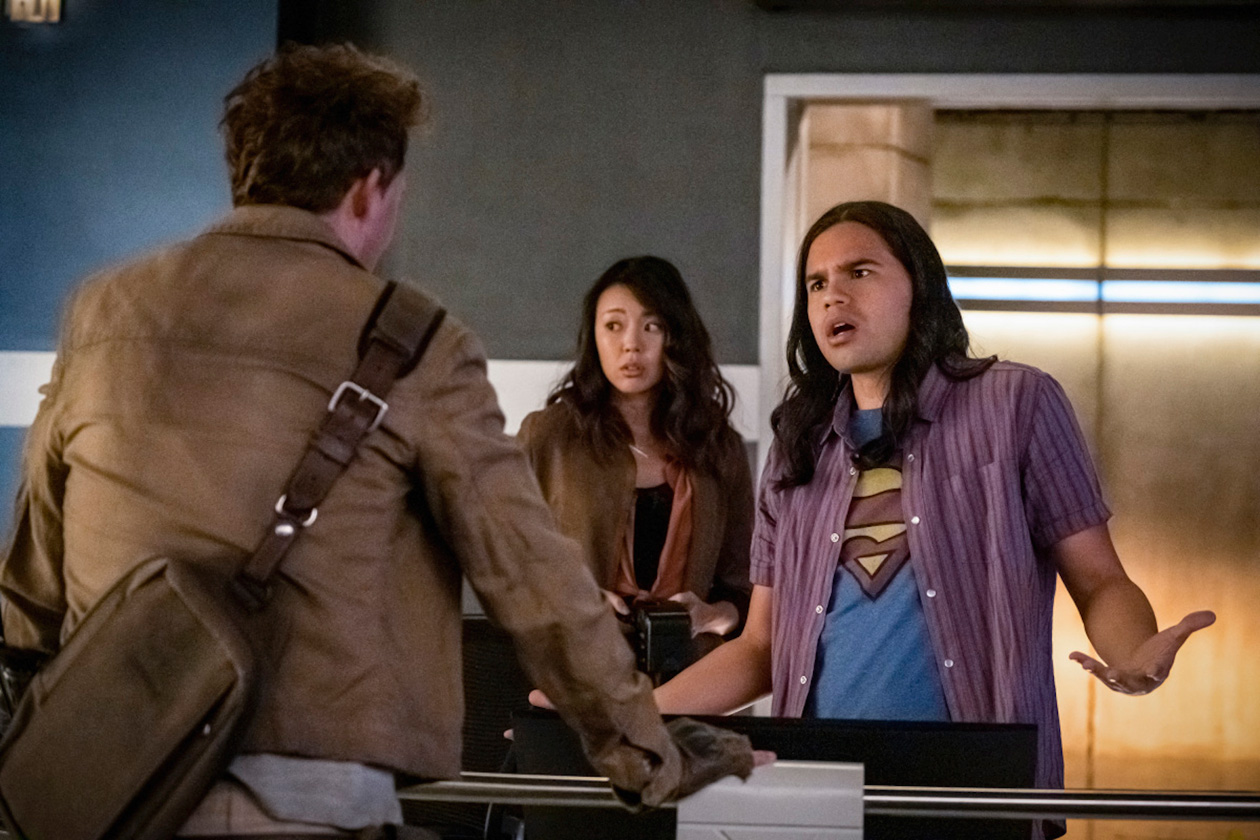 The Flash is the last show to return post-Crisis and with the exception of Arrow dealt with Oliver Queen's death in the most direct way. But that was merely a side story to what else was going on, which was quite a lot.

Diggle was the character to make the first post-Arrow appearance, only a week after the show ended. There wasn't much substance to his role. He was used more to give Barry closure than anything himself. I doubt it is the last time we will see Diggle, so its okay that he got no character development whatsoever.

But to get a reference to Mirakuru and to have Lian Yu appearance in the show is fitting. After all, Barry Allen first appeared in season 2, when Team Arrow was dealing with Slade Wilson and Mirakuru. It was a nice way to bring things full circle.

Cisco though, had a lot to chew on. He is conflicted and haunted by Crisis. In fact, it lead to him leaving Central City (though only temporarily) to go find his role in this new Earth-Prime. Carlos Valdes did some wonderful acting, and it was nice to see him get a new story that doesn't feel repetitive or redundant.

Nash is dealing with the same things, but is on the other side of the Cisco coin. He is essentially replacing Cisco for now, helping the post-Crisis world he feels responsible for. It was a nice touch to see that his daughter looks like Earth-Prime's Allegra. It makes sense why his relationship with her isn't as cantankerous as with others, and why he instantly trusted her enough to reveal The Flash's identity to her.

Iris was front and center for most of the episode, exploring a mystery. She solved most of it without the help of metahumans or geniuses at STAR Labs. The mystery she was solving involving "Black Hole" is going to impact Team Flash in a big way. But that end stinger was a great cliffhanger. It looks like the Mirror Master is coming to The Flash, and Iris is right in the thick of it right now.

This episode tackled a lot, and should be able to propel the show the rest of the season with the story lines presented here. The Flash is now the elder statesman of the Arrowverse, and it will be interesting to see how they handle that. 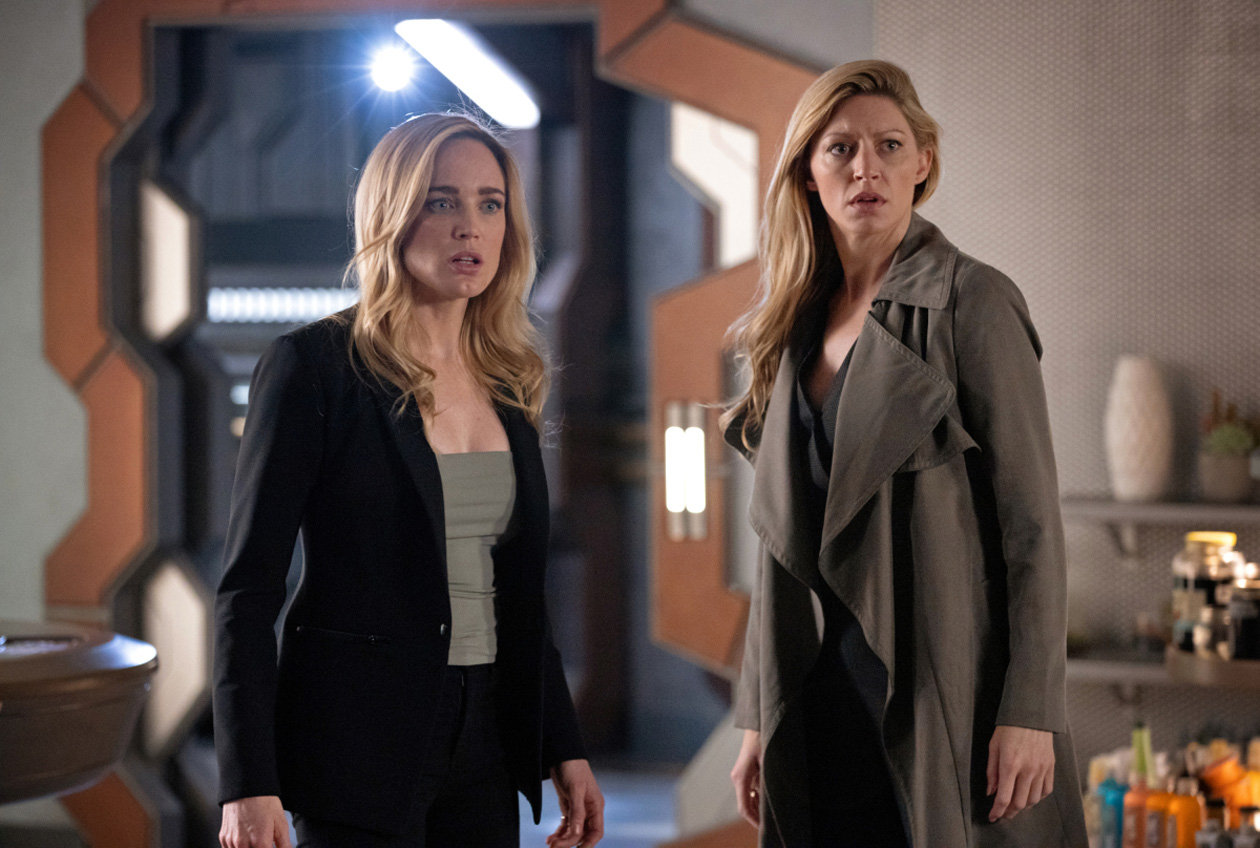 Legends of Tomorrow got better when it stopped taking itself so seriously, and embraced its weirder side. This week's episode was one of the more subdued and straightforward episodes they've had in a while. It worked well and told a good story without losing its wacky identity.

The main story involved Bugsy Siegel in the 1940s. It was perfectly serviceable, but the highlight of the story was Nate rediscovering Zari. In fact, that aspect of the episode was so intriguing, that it was hard to enjoy the 1940s stuff because I found myself wanting to get back to Nate and Zari.

Making Zari a social media star is a stroke of genius. Not only because it's everything that the Zari we know despises, but it is a ton of fun to see Tala Ashe do something different. Getting character development for Behrad was nice too, because he is new to us, though the Legends don't know that. It will be interesting to see how Nate and the rest of the Legends navigate the Zari stuff now that she's on board the Waverider.

The Bugsy stuff had some great moments, but the real story lied with Ava and Constantine. Ava is finding her place among the Legends, and it took a drunken performance to come to a realization. Constantine is still battling Astral Logue, but came to the realization that he wants to save her and redeem her, not kill her.

Charlie was absent from the episode, which is strange. She could have been worked into the Bugsy story. Hopefully there is something for her to do this season.

For how crazy the show can get, it is refreshing to get a relatively straightforward story every now and then. It still had the charm and humor of the franchise, with a more serious story.

The best episode of the week was The Flash. It was a jam packed episode that will propel it the rest of the season.
Arrowverse Arrowverse 19-20 Black Lightning Caity Lotz Cress Williams David Ramsey Grant Gustin Legends of Tomorrow Reviews The Flash TV TV Reviews