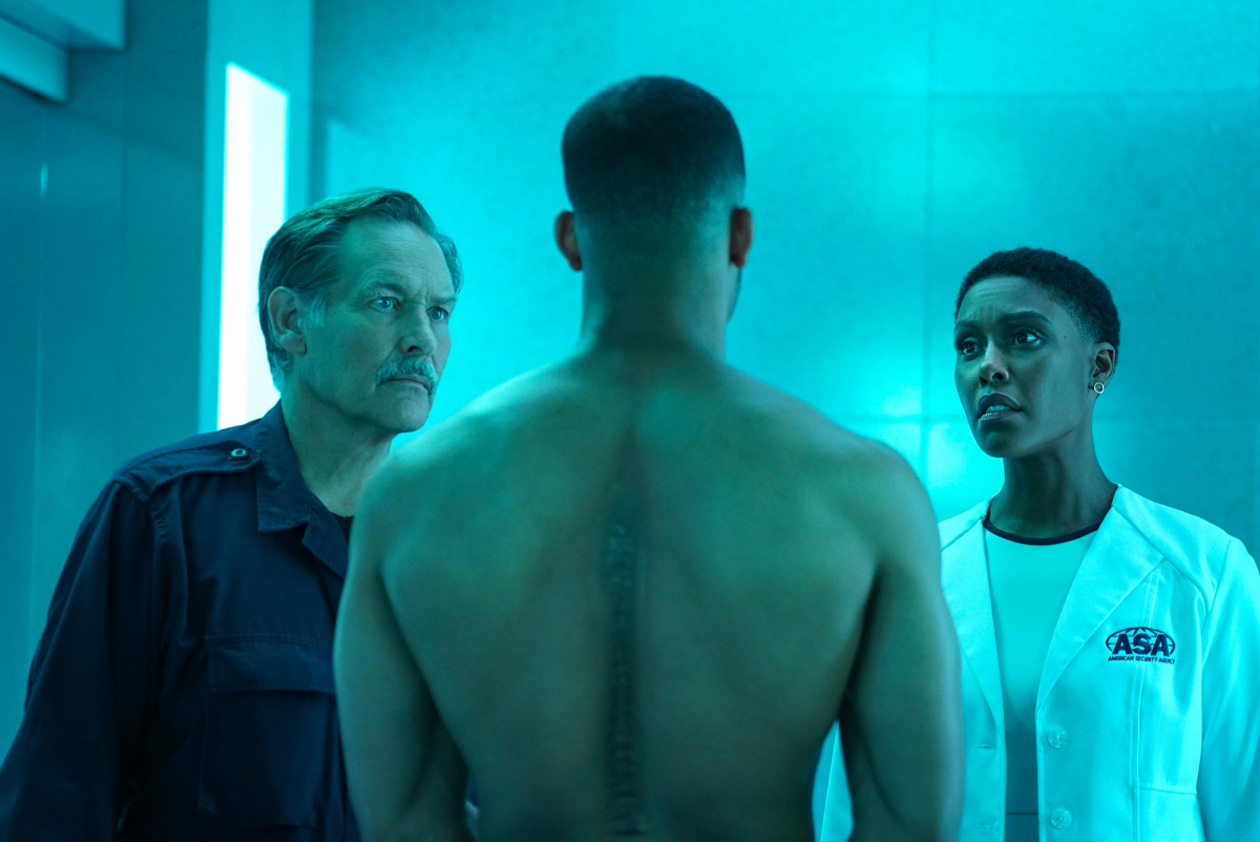 Just when it seems that things can't get any more intense, things get way more complicated and intense. Nothing can ever be simple with anyone. The entire cast of the show had a lot to do.

Mainly because Cress Williams didn't do as much heavy lifting as usual. Jefferson Pierce was in the episode, but only about half of it. It seems that his schedule was lightened in order to appear in Crisis On Infinite Earths. But the other characters more than filled in the void.

Jennifer is slowly moving on from Khalil through Brandon. Their relationship isn't great, but they are slowly starting to understand each other better and better. Brandon is on a mission to get Dr. Jace, who killed his mother. Jennifer is helping, the same day that Lynn discovers that Khalil is alive and being held by the ASA.

Gambi and Lynn are at odds because of Khalil. Lynn is slowly becoming adversarial to everyone due to her Green Light addiction, which will only get worse.

Major Grey is the new head of the ASA, and she is not very likable. She did give confirmation that Odell isn't dead, but that could just be a lie. Regardless, it seems like the ASA didn't take as big of a hit as initially thought.

There was a line in the sand, and Jefferson had to pick a side. He finally did, helping Grace and attacking the ASA agents. Now Khalil's new mission is to eliminate him. The showdown was inevitable, but it is happening quickly.

It seems Grace is once again gone, but safe, which is good. It always opens the door for her to return, but for now, it seems her story is over.

The most emotional part was the heart-to-heart between Anissa and Jefferson. They finally came to something of an understanding. Jefferson's world is crumbling around him, and when his daughter asked him for help, things seemed right again.

The resistance versus the ASA is ramping up, and when it comes to a head is when the show will reach a monumental shift. That probably won't be until the finale because that is where this story ends.

It is so great to see a show that advances the story every week. We took another step forward, and aren't looking back. 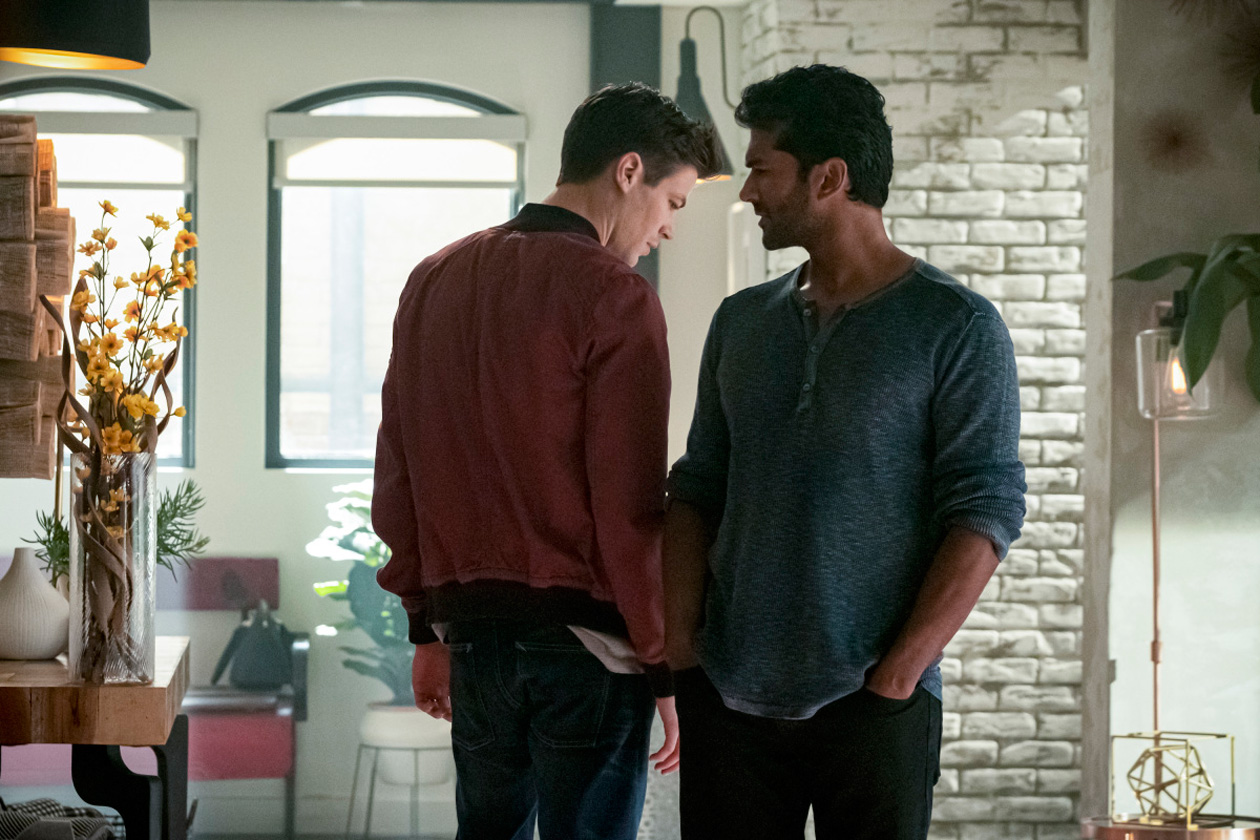 It's great when a formulaic procedural can break the mold, and dabble in a different genre. This week's episode of The Flash did just that. It was a Speed Force Horror Story this week in Central City.

This episode, and the running theme of the entire season, doesn't happen without Crisis On Infinite Earths coming soon. It has provided unique story opportunities that wouldn't be possible otherwise. The entire episode had Barry stuck in his own head, fighting an internal battle between the speed force and Ramsey's Bloodwork.

Ramsey is a utility villain that suits the story. He fit the internal struggle of wanting to survive the Crisis well. But he gets very mustache-twirly at times. His motivations are clear, but he still has a 1 dimensional vibe.

Meanwhile, Iris and her band of reporters anchored the b-plot. Allegra was trying to get Iris to admit that Barry was the Flash, but she was trying to focus on anything else. Finally, Allegra was responsible for Iris writing the Crisis article we have seen since the pilot episode of The Flash in 2014.

It is rare for this show to do a two parter when its not a crossover. So it was obvious that the clean up wasn't going to be as tidy as they initially presented. Part 2 is going to feel different, as it will be in the real world now, but still part of one cohesive story, which is nice.

Barry has always had an internal struggle. To see it manifest itself negatively against the speed force was surprising, but welcome. It makes sense though, the speed force has given Barry so much, yet has taken so much away at the same time.

Having Barry possessed by Bloodwork is going to lead right into Crisis. That means its going to put him into a place to want to tackle this head on. With this two parter, then the 5 part Crisis special, that means the last standalone Flash episode was November 19, 2019, and there won't be another one until February 4, 2020. 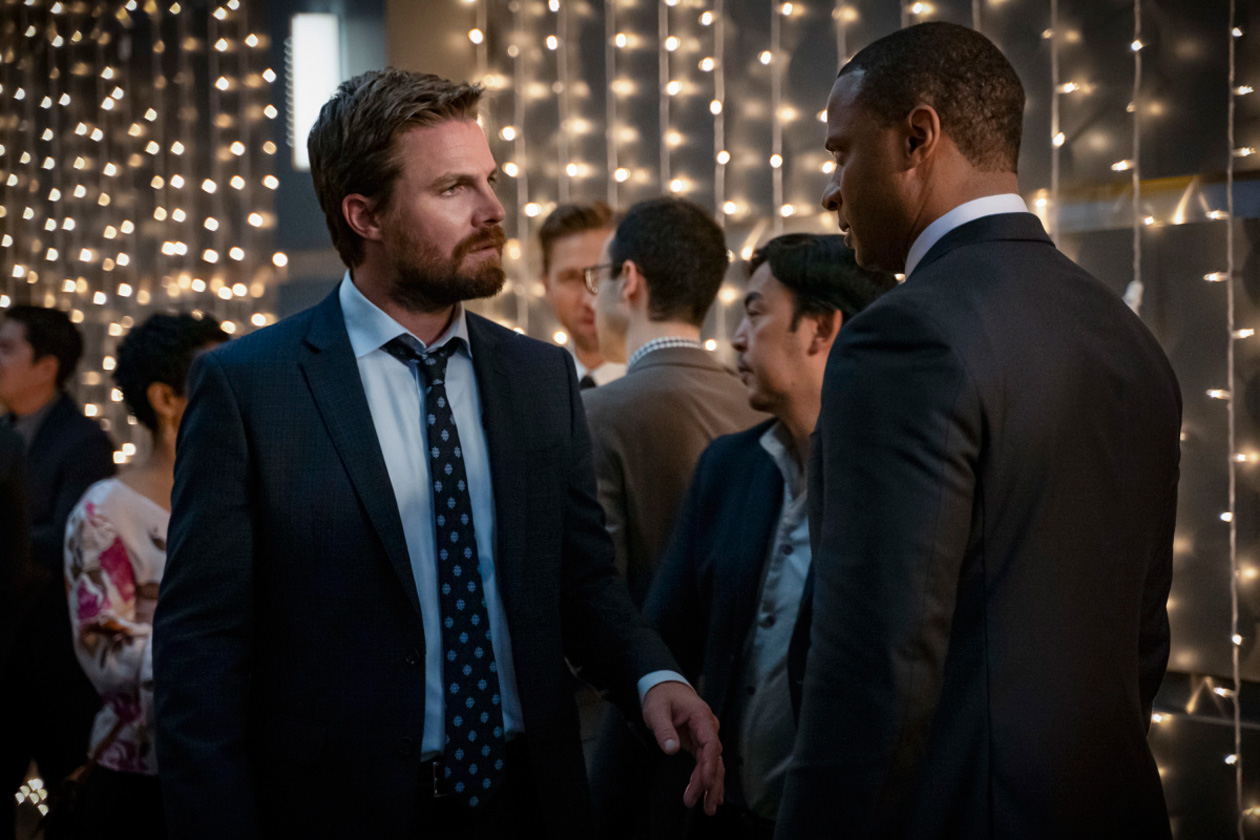 Arrow, like The Flash, did a different take on things as well. Arrow was "Star City Groundhog Day", having Oliver stuck in a timeloop to watch Quentin Lance die over and over again.

David Ramsey directed the episode, and he did a great job using this format effectively. The whole thing was a test for Oliver and Laurel, but the genius part of the episode was to frame it like it was a punishment for them, when really The Monitor was rewarding Laurel and educating Oliver.

Laurel needed closure with Quentin. Laurel needed to say goodbye. Earth-2 Laurel had more evolution that Earth-1 Laurel ever did. She is a more interesting, complex, and layered character than her doppelganger was.

It was fun to see Quentin Lance back, having been gone more than a year, not counting a quick cameo. He never missed a beat, and in some ways, felt like he never left.

Since this is the last season, and the Monitor is all about changing what happens, there was a part of me that thought maybe if Oliver did succeed in saving Quentin, that he would be back for good. After all, death in comic book properties are hardly ever permanent.

But instead, this was Arrow's Kobayashi Maru. It was never about winning, it was about learning how to cope with the loss. Oliver is one of the most stubborn people in all of the multiverse.

When they both finally broke the loop, they ended up back where it all started. This season started there. This whole series started there. The episode ended with everyone (Oliver, Laurel, Diggle, and FTA) on Lian Yu. That will be the last episode before Crisis starts. And technically the penulimate episode, as their episode 8 is part of Crisis and episode 9 is the backdoor Canary pilot.

We don't have much Arrow left, so its great to see them playing the greatest hits, while keeping it fresh and mysterious at the same time.