Arrow and The Flash both returned this week, and both had pretty big episodes paired along side Legends of Tomorrow. There was a return of an old friend, the face off against an old enemy, some new foes, a musical, and sex dreams. The Arrowverse is a wild, wacky, sad, exciting place.

You can read all of this season's Arrowverse reviews right here.

This episode of Arrow once again put Oliver Queen on the back burner. He only showed up for a few scenes. The episode focused on the 3 Canaries, and what the Canary name means in the future. While it was a cool concept, the episode felt very forced. Laurel went from one extreme to another in no time at all.

Arrow Sara is better than Legends Sara. While they are of course the same character, they lean into different aspects of the character on each show. I like the calculated, grizzled Sara the most. It was fun to see all 3 Canaries suited up, and it was great to see Laurel back in the original costume in the future.

Caity Lotz did the salmon ladder in this episode, and now I see the appeal. I see why people enjoyed watching Stephen Amell do it so much....One negative to her return though, was her not being able to interact with Oliver or Diggle. It was weird to have her return and no one else know about it.

The impact of the episode isn't much though, because things are going back to the way they were anyway. If you don't have Laurel snap and have a "relapse" you could still bring her to the same end point. It seemed to be a thing just as an excuse to get the Canaries together. As fun as that was, it would have been better if it was more organic.

In the one quick moment we got of Oliver and Diggle in the field, it was weird to me that Diggle still wears a helmet. They won't put Oliver back in the hood and the mask, but Diggle and Rene still conceal their identity....

It was kind of strange to have this much filler this late in the game. A lot of people were sidelined, and there isn't that much time left. It seemed like an odd choice.

Next time Sara returns, I hope it means something to the larger picture. 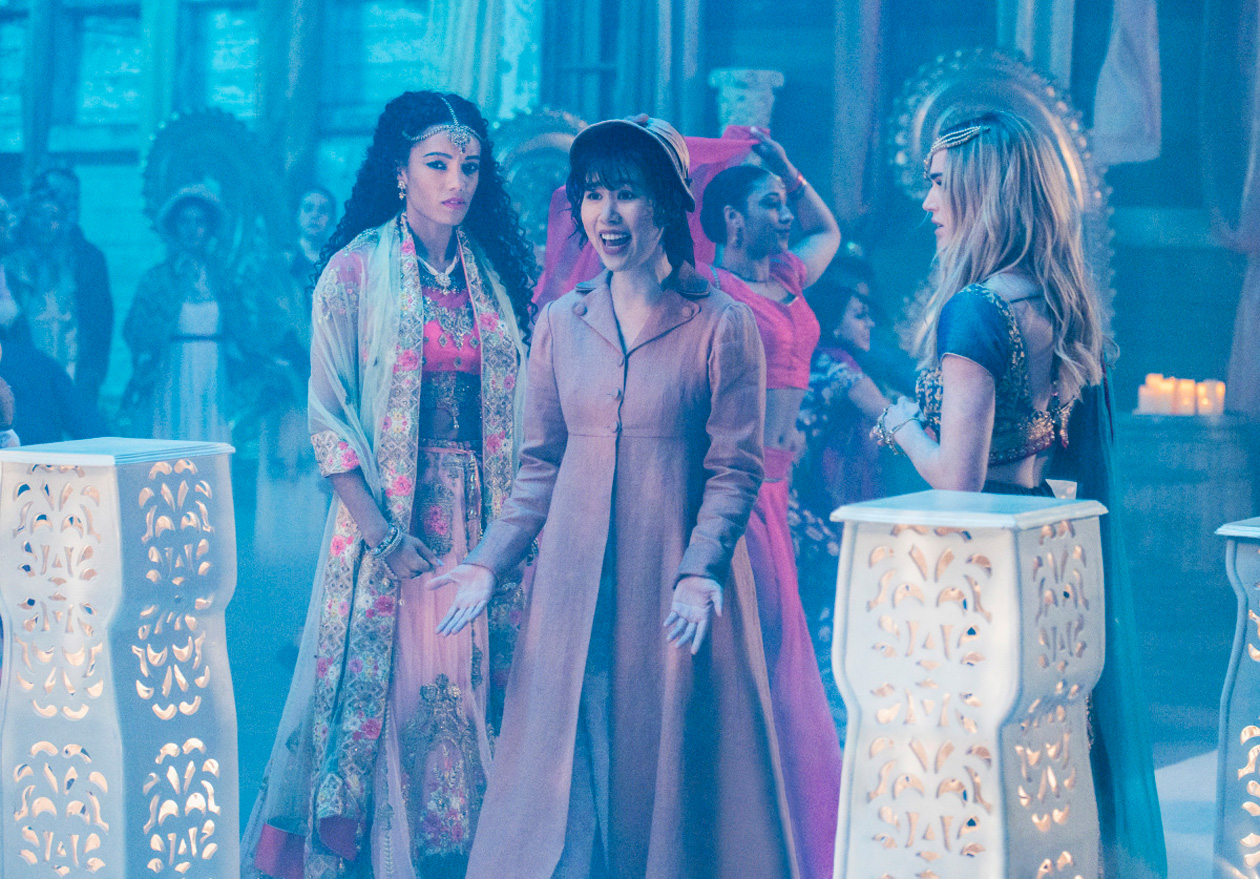 Out of all the things for Legends to tackle, female sexuality is not what I thought would be next. But its good that they did. The subject is much more taboo than male sexuality, and it shouldn't be. Only Legends of Tomorrow can have a funeral, a magic aphrodisiac where everyone has sex with each other, and still do strong relationship work.

"We're so not passing the Bechdel test right now." I love how self-aware the show is, and Sara's response to it was great. The show knows where it is going, and how long to stay there.

Nate finally got closure with his father, and Zari can finally explore that avenue of a serious relationship with Nate. Ray and Nora also got take their relationship further, and seeing the on-screen chemistry between real life husband and wife was fun.

Mick was underused again, reduced to some exposition in a couple of scenes. He needs a worthwhile story soon, or there is no point in him even being on the show.

This episode was a lot of fun. Time travel stories where people meet authors always seem to be. They work well in Doctor Who and they work well here too.

Mona worked well here, she was toned down a bit, and it was beneficial to the character. Her passion was actually able to shine through, since they didn't have to worry about schtick.

If this episode didn't have enough, a magic-fueled musical number was there to cap it off. This episode was certainly much more enjoyable, and better written than the last episode. Still ridiculous, but the lined was towed much better this time.

Through 5 seasons of the The Flash, the journey has been bumpy. But when the show delivers a good episode it is usually something very special. That is exactly what "Godspeed" was. Most of the episode took place in 2049, and centered on Nora, and it was the first time it felt like the show had gotten the character right.

Danielle Panabaker did a wonderful job directing. There were a ton of emotional moments in this episode, and sometimes those can be laughable, but Panabaker got the realness out of the situation, and the performances reflected that. She has a long career behind the camera if she wants it.

The biggest thread of the episode was Nora's burgeoning relationship with Thawne. We don't know what his endgame is yet, but it can't be anything good. It feels like Barry is falling right into his trap again.

Iris being the level headed one in this case was actually refreshing. Usually she does something rash or outside of what her character would actually do. This fell right in line, and it was nice to be able to see the potential of both Iris and Nora, who have been mishandled in the past.

The glimpse into Nora's life in the future, and the telling of her "origin story" as XS, was done extremely well. It was intriguing and relevant. I didn't realize that Nora didn't know Barry was The Flash until everything happened. I just assumed she knew who her dad was and why he disappeared, and that is why she was obsessed with The Flash Museum. In fact her obsession with the Flash Museum and speedsters doesn't make sense if she didn't know about her father.

Eobard Thawne is essential to the story of The Flash. So his return is only a good thing even though it spells bad news for Barry.

The best episode of the week was The Flash. It was worth the wait of the brief hiatus.
Arrow Arrowverse Arrowverse 18-19 Caity Lotz Danielle Panabaker Grant Gustin Legends of Tomorrow Stephen Amell The CW The Flash